Our relationship with China

Our relationship with China

China's settli­ng on wooing India for econom­ic benefi­t is is likely to make Pakist­an less valuab­le in the short-term.
By Editorial
Published: December 19, 2010
Tweet Email 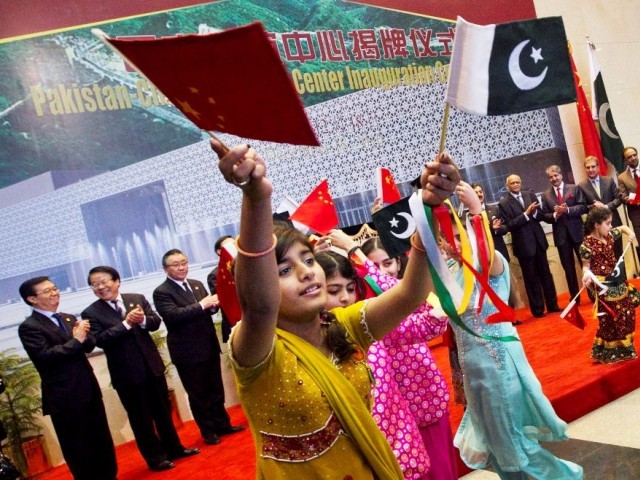 School children dance with Pakistani and Chinese flags in front of their leaders during the inauguration ceremony of the Pakistan China Friendship Center in Islamabad. PHOTO: REUTERS

Chinese Premier Wen Jiabao’s South Asian trip should come as a wake-up call to Pakistan, which has long considered China its closest ally. Yes, Wen was effusive in his praise during the Pakistan leg of the trip and signed $20 billion worth of business deals. But the visit was merely a re-enactment — at a much smaller scale — of Wen’s visit to India, where the two historical rivals agreed to increase bilateral trade to $100 billion. Alliances in South Asia are shifting and Pakistan has to ensure it is not left in the dust.

Despite the rhetoric surrounding the relationship, the China-Pakistan alliance, like all such alliances, is based on a mutual convergence of interest; in this case a distrust of India. With China and India competing for supremacy in the region, that rivalry is likely to ignite in the distant future. In the near future, though, China seems to have settled on wooing India for its own economic benefit rather than prolonging hostilities. This is likely to make Pakistan less valuable in the short-term. Not only will China not have as great a need to prop up Pakistan, it may also appease India by distancing itself slightly from Pakistan. As many observed, China was slow in reacting to Pakistan’s calls for flood relief aid. Given the impermanence of all international alliances, we should have been seeking alternative friendships anyway. Now we should have the impetus to do that sooner rather than later.

It is true that China has invested a lot of money in Pakistan and given more than its fair share of development assistance and technological knowhow, but there have been economic downsides too. The import of Chinese manufacturing goods, which are cheaper than local ones, have had an adverse impact on local businesses. We also have a significant trade deficit with China as we need their goods far more than they need ours. China has been the dominant partner from the start and, without abandoning the alliance altogether, we need more equitable friendships. Ultimately, as China gets closer to India, that decision may not even be ours to make. Before the tides of history overtake us, we should act quickly and build up regional alliances with India, Bangladesh and Nepal.