While visiti­ng JPMC, Reham was told that all victim­s were releas­ed after being treate­d
By Tuba Athar
Published: July 4, 2015
Tweet Email 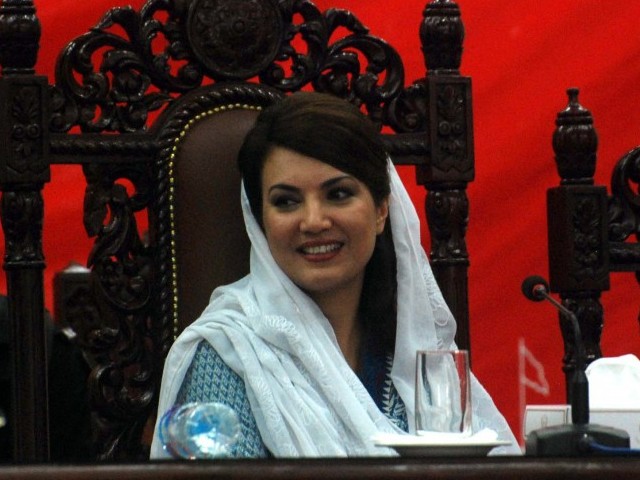 KARACHI: Reham Khan, the wife of Pakistan Tehreek-e-Insaf (PTI) chairman Imran Khan, on Saturday held the provincial and federal governments responsible for not taking effective measures to curb the death toll in Karachi from the deadly heatwave, even as she walked through empty halls of the hospital looking for heat stroke patients.

An ambassador for street children, Reham told reporters upon arriving in Karachi to visit the victims of the heatwave, “I am a bit late, but I have arrived now.”

The television talk show host visited Jinnah Hospital in Karachi in the hopes of visiting heatwave victims. But to her dismay, she was informed by the hospital’s joint executive director Dr Seemi Jamali, that all patients had been discharged after getting treated.

Reham said that she wished to set up camps for victims at Jinnah, as well as Cantt Station to provide free water bottles and juices to those suffering from the heat.

The talk show host is scheduled to have Iftar with some of the city’s street children at party leader and business tycoon Faisal Vawda’s residence in Karachi.

Earlier last week, her husband, Imran Khan had also visited Karachi to visit the victims of the deadly heatwave.