Police officials claimed they found weapons, a motorcycle and looted valuables from their possession. Two suspects were killed by the police in a pre-dawn encounter in Central district on Wednesday.

New Karachi Industrial Area police officials said that the encounter took place when they tried to intercept the two suspects riding a motorcycle, who were trying to flee after looting cash, cell phones and other valuables.

The law enforcers killed both the suspects after an exchange of fire. The police officials claimed they found weapons, a motorcycle and looted valuables from their possession.

After the completion of the medico-legal formalities at Abbasi Shaheed Hospital, the bodies of the alleged criminals were shifted to Edhi morgue in Sohrab Goth for identification.

According to the police, a case has been registered and further investigation is underway. 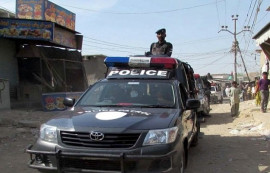 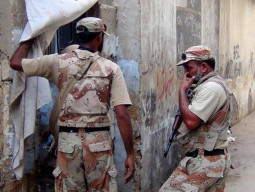