Reemployment: Community midwives to be deployed at BHUs Anti-Terrorism Court (ATC)-1 on Tuesday handed Farooqi over to the Shahdara police who were in Rawalpindi to shift the accused to Lahore.
RAWALPINDI:

The central president of the Ahle Sunnat Wal Jamaat (ASWJ) Allama Aurangzeb Farooqi has been handed over to the Lahore police on physical remand for two days.

Anti-Terrorism Court (ATC)-1 on Tuesday handed Farooqi over to the Shahdara police who were in Rawalpindi to shift the accused to Lahore.

However, the court has ordered the police to present him on July 7 when  the court will frame charges.

Besides the present case registered by Counter Terrorism Department officials against Farooqi, more than 18 cases are registered against him in different police stations across Punjab.

The ASWJ leader was arrested by CTD officials from Taxila while heading to Havelian on a personal visit on June 6. 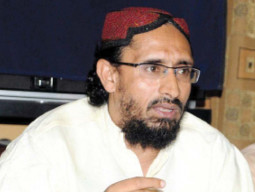 Rumormonger | 5 years ago | Reply Lahore police. He will be the special guest of his benefactor, the infamous Law minster Rana Sana !
Replying to X
Saved ! Your comment will be displayed after the approval.
Error !
Error! Invalid Email.