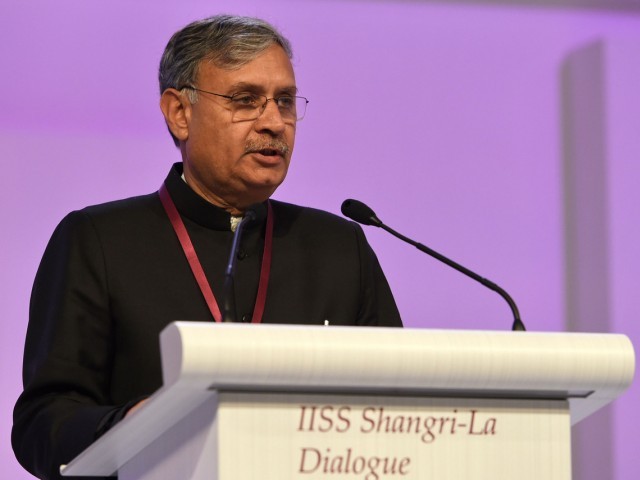 Indian Minister of State for Defence Rao Inderjit Singh struck an alarmist tone on Saturday, saying India is concerned that extremist groups such as Islamic State may get their hands on nuclear arms from Pakistan.

“With the rise of ISIS in West Asia, one is afraid to an extent that perhaps they might get access to a nuclear arsenal from states like Pakistan,” Singh said on Saturday on the sidelines of the Shangri-La regional security conference in Singapore, Bloomberg reported.

Singh went on to add that if Pakistan develops technology that enables its submarines to carry nuclearwarheads, “it would just be a step further in arming their defense services.”

India has also been criticised for the quality of its nuclear security. India’s nuclear materials security conditions were adversely affected by the continued increase in its quantities of nuclear material, as well as high levels of corruption among public officials, The Washington-based Nuclear Threat Initiative said last year.

In the latest issue of its propaganda magazine, Dabiq, the Islamic State (IS) suggested that the terrorist group is expanding so rapidly that it will buy its first nuclear weapon from Pakistan within a year.

Read: Islamic State says it could buy nuclear weapon from Pakistan within a year

The government has flip-flopped on its position on Islamic State with the Foreign Office saying the militant group posed a threat to the country just days after the interior minister had denied the presence of Islamic State in South Asia, particularly Pakistan.

“The government is on alert to the IS threat in the region,” Foreign Secretary Aizaz Ahmad Chaudhry had said while briefing the Senate Standing Committee on Foreign Affairs in Islamabad at Parliament in February.

The foreign secretary had said the government has directed all concerned authorities to ensure that no organisation or individual remain in contact with IS in the country.

Earlier in May, the Counter Terrorism Department (CTD) arrested two men in Nothia Bazaar area of Peshawar for reportedly distributing IS pamphlets.

Ghulam Muhammad and Lal Muhammad were picked up in a raid from their hideout, a CTD official told The Express Tribune.

The accused were shifted to an undisclosed location, police officials further said. The duo was distributing pamphlets in Pashto and Persian, urging people to join the Islamic State.

The ultra-extremist Middle Eastern terrorist group, the Islamic State, and its affiliate Jundullah claimed responsibility for the May 12 bus attack in Karachi which claimed more the 40 lives.

The article originally appeared on Bloomberg.