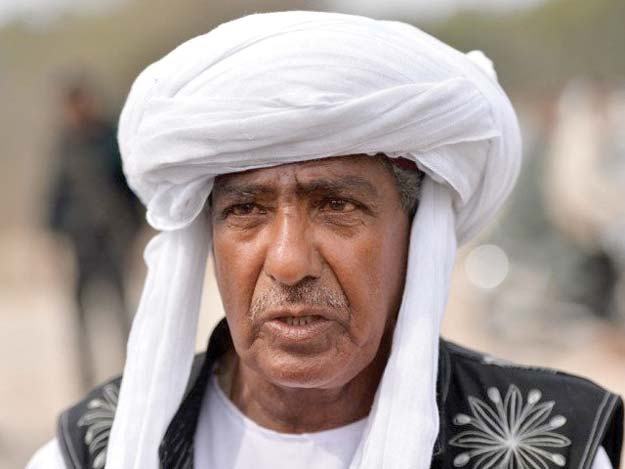 Around 21,000 people have gone missing in Balochistan, claims Baloch activist Mama Qadeer, adding that they had received 6,000 mutilated bodies to date. "Why are political parties silent on the issue of Balochistan?"

Qadeer was speaking at a press conference held by the Baloch student organisation Azad and Baloch Voice of Missing Persons (BVMP) at Karachi Press Club on Thursday.

"The 13 people killed by the Frontier Corps (FC) in Turbat on Monday were not militants but nationalists, who were kidnapped by some agencies some time ago," he alleged. "The FC claims that they killed militants but these were extrajudicial killings."

About the killings of 20 labourers, including Sindhis, in Turbat on Saturday, he said that the Baloch Liberation Army was not involved in the incident. "The agencies killed them in order to create differences between the Baloch and Sindhi people."

abdul | 6 years ago | Reply @SuchindianranathAiyerS..... First of you r commenting on a wrong topic. If you want to prove your point pick some right topic...... I can agree on some points and ofcourse those points which r also in favor of pakistan also look at Iran-america,,, iran-india ,,, saudia-america. nexus...... After you proved that india has so much power only to fight pakistan( small country) Your thoughts must be improved to think other solutions as for me this is not the last solution even if you win some waar so whats next ??? is it will be the end of world or si it will be permanent victory... world is changing its dynamics day by day and nothing is permanent.... once you will be get out your fantacy you will understand where you are standing is just a very small part of this universe
SuchindranathAiyerS | 6 years ago | Reply This is one of those festering wounds like the persecution of the Shias in the oil producing district of Saudi Arabia that the strident and influential Western Governments and Media have covered up. I doubt that India has the means or the ability to do anything overtly military. A small covert expedition, perhaps? If India finds some real diplomats, then India could mount an offensive against Pakistan over and above the Pakistani-Islamic-US-Chinese din of Kashmir and persecution of minorities in India. It occurs to me that India has ham strung itself with its grotesque Constitution to a point where persecution of the real minorities (Caste Hindus) has become a vice to be covered up in public for which the tacit acceptance of the Islamic-Christian-Dalit Western version of India's "persecution" come in handy for those who wish to use the levers of Indian Power to enrich and pamper themselves with minimal rocking of the boat. This leaves Iran, which has also been hamstrung by Sunni (Saudi) Pakistan ally US. Human Rights is the first casualty of Global Carpet Bagging (which the US leads), and Religion (which the Islamic Caliphates engineer)
VIEW MORE COMMENTS
abdul rahman | 6 years ago | Reply well.... blaming agencies for everything have nothing new in the discussion.... How he can blam that agency kill labours ????? WTF and other insurgents are innocent...There is no involvement of RAW??? and also what about those killings of 100s of punjabies and sindies and pashtuns in balochistan... Can I call it that they want to genocide these communities in balauchistan....
Aatir TAshya | 6 years ago | Reply Well i appreciate his efforts to raise voice on the issue of missing persons in Baluchistan , but that does not mean that he should blame law enforcement agencies all the time , bragging about the conspiracy theories to disregard the efforts of our armed forces to make peace in Baluchistan , such an incident like the massacre in turbat cannot be blamed upon the armed forces or law enforcement agencies all the time , its time now that our political leaders should talk about national harmony and not about being nationalists in extreme forms.
Khalid Ansari | 6 years ago | Reply Even one human being killed extrajudicially is an enormous tragedy. If what he claims has a modicum of truth it would amount to attempted genocide and responsible elements cannot escape the wrath of the Creator. If we are true to ourselves and seek inner guidance even the most intractable problem can be solved amicably. Do we lack wisdom entirely?
Replying to X
Saved ! Your comment will be displayed after the approval.
Error !
Error! Invalid Email.