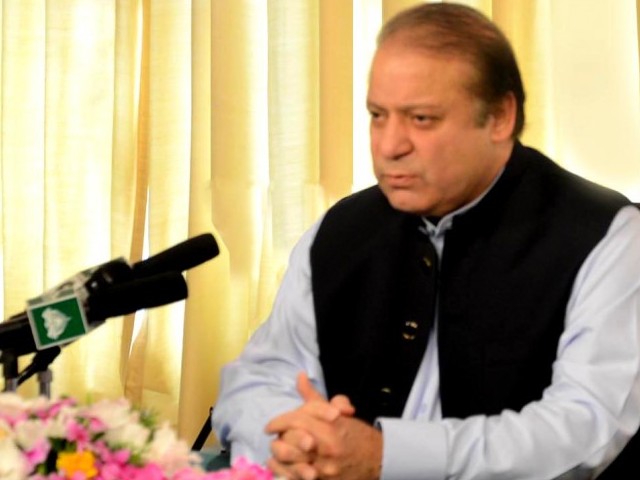 ISLAMABAD: Prime Minister Nawaz Sharif on Monday expressed satisfaction over increased security cooperation between Pakistan and Afghanistan, stating that the visits of the army chief have proved to be helpful in streamlining important matters.

The premier, while speaking to Ambassador of Afghanistan to Pakistan Janan Mosazai, said relations between Pakistan and Afghanistan have been undergoing a qualitative transformation since the new government took over last year.

He was pleased to note that the first meeting of the Pakistan-Afghanistan Joint Business Council would be taking place in the next few weeks to attract international investors to both countries.

“Pakistan hopes the process of peace talks within Afghanistan would speed up and reach a successful conclusion soon,” the prime minister said.

He informed the premier of there being a strong domestic consensus in Afghanistan on peace efforts these days.

Read: Afghans in Pakistan: Their home and heart belong here

Nawaz also approved the appointment of a focal person for following up the implementation on the decisions taken during inter-ministerial meetings between the two countries, on a daily basis. A similar focal person would be appointed from the Afghan side as well.

Further, matters relating to the Afghan Transit Trade and CASA 1000 power transmission project also came under discussion during the meeting.

Upon learning about the devastating avalanche in Afghanistan, the premier told the ambassador that Pakistan would be happy to provide further assistance to the people of Afghanistan.

Nawaz added that he was deeply troubled upon learning about the devastating avalanches in Afghanistan.

The ambassador thanked the government of Pakistan for providing generous support to Afghanistan in the form of relief supplies in the wake of the destruction caused by the recent avalanches.

He also thanked PM Nawaz for sending a message of solidarity to the president of Afghanistan during this hour of grief.

“Pakistan stands with its brotherly neighbouring country in this hour of need,” Nawaz said.