Here are five TV shows that have been a great source of entert­ainmen­t throug­hout 2014
By Vivian J Xavier
Published: December 28, 2014
Tweet Email 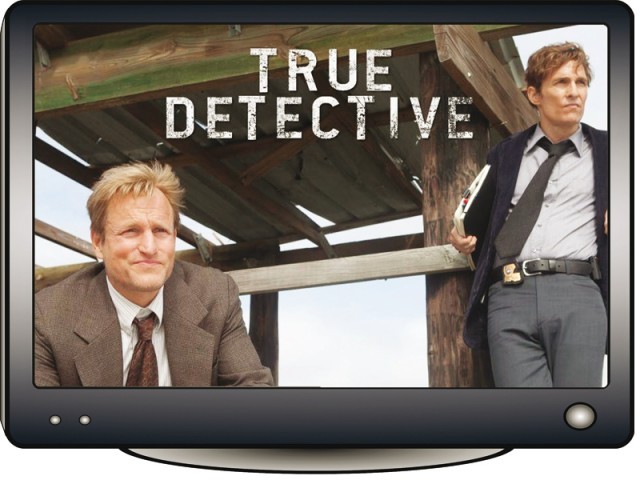 Stylistic scripts, big-budget production value and cinematography that pushes the envelope have placed TV in an enviable position this year, where it commands just as much respect as films. It has not only bitten out of the film distributors and cineplex’s market share but has even managed to reinvent the distribution model altogether. Here are five of my favourite TV shows that have been a great source of entertainment throughout 2014.

Second World War (WWII) dramas have been a staple for cinema and, more recently, television. Imbuing this sub-genre with the-familiar-yet-new, however, has become increasingly difficult. But Manhattan has managed to do that with an intoxicating blend of historical accuracy and dramatic license.

The episodic series is a semi-fictional tale about the city that housed the scientists who developed the atomic bomb, their families and their work. It begins exactly 766 days before the US drops an atomic bomb (Little Boy) on Hiroshima and traverses the lives of the inhabitants of Los Alamos, a town with no postal code and the all-powerful military police. The race is on to be the first ones to develop the A-bomb: will it be Dr Reed Aikley’s Thin Man project that delivers the bomb or will it be the underfunded, mad genius Dr Frank Winter and his band of scrappy theoretical physicists that make the possible annihilation of all mankind a reality.

The writing is taut and exemplary, something that we’ve all come to expect from American episodic television. The characters are flawed but likably human and extremely relatable even if they are theoretical physicists that would make history and rewrite modern warfare. The immaculate production design transfixes the audience in 1940s war ravaged America and the art team assembled by Ruth Ammon delivers to the picometres. Manhattan is strictly narrative, but it is one of the best you will watch for a while. It is already renewed for a second season that will premiere in 2015.

At the end of WWII, USA and USSR emerged as the only superpowers that had the military and scientific strength to command global hegemony. This resulted in a 44-year stance of political and military tension between the two countries. Ordinary salt-of-the-earth people were swept away in either the Marxist-Leninist ideology or the American system of capitalism; and this deep-rooted sense of personal righteousness resulted in people spying for the government on both sides and perpetuated the clandestine nature of the Cold War.

The Americans deals with this subject head on as it explores the lives of Elizabeth (Keri Russell) and Philip Jennings (Matthew Rhys), two Soviet KGB officers posing as an American married couple living in the northern Virginia suburbs of Washington, DC. What heightens the stake is the new neighbour who happens to be FBI counterintelligence agent Stan Beeman (Noah Emmerich). The Russian Foreign Intelligence Agency has planted the Jennings’ in the US to gather sensitive government documents. Their double lives start to take a toll on their once cozy familial relationships and the second season explores this disintegration of Norman Rockwell’s all-American façade. This breakdown occurs through small things like their daughter’s insistence on attending church and reading the Bible. The historical contexts of the narrative arc is multilayered and a genius reduction of macro global politics on a micro level.

The show was created by ex-CIA officer Joe Weisberg and this is evident in the minutiae of secret service protocols and dead-drops that lend the show an authenticity. This, in turn, makes it immediately appealing to viewers who want to know more about the particulars of spying and spies themselves. The Americans is not only engaging, insightful and thoroughly entertaining but also one of the best written and best produced shows of the year.

The Knick focuses on the Knickerbocker Hospital in Manhattan, which was at the forefront of medical innovation on the cusp of the 20th century. It stars Clive Owen as Dr John W Thackery, a cocaine-fuelled genius, equal parts Edison and equal parts Dr Frankenstein. He is a decorated doctor that injects cocaine to do what he does and visits prostitutes at night, and the show exhibits a similar duality between the sublime and the vulgar.

The polar opposite of Dr Thackery is Dr Algernon Edwards (Andre Holland), an African-American doctor trained in Europe fighting against systemic racism to earn his due respect at the Knick. The cast is rounded off by an eclectic array of individuals who will challenge the viewers’ refined sensibilities.

The writing is crisp and clinical where it needs to be. The art direction is given special consideration with Dr Stanley Burns of the Burns Archive providing expert, on-set medical advice and sharing the archive’s many photographs as references for medical equipment, procedures and even a prosthetic worn by a recurring character. The detail that has been meticulously married to emotionally enrapturing writing and inspiring cinematography is what sets this show apart from others. Special mention needs to be given to the music composer Cliff Martinez whose electronic synthesised tracks for the show pulsate perfectly between the old world and the new. One ought to point to The Knick as one of the  harbingers of the golden age of TV.

True Detective is the story of evil that lurks beneath and on both sides of the law and of old wounds that can haunt the present. Woody Harrelson (Martin Hart) and Matthew McConaughey (Rust Cohle), two former Louisiana State Police Detectives who solved a murder mystery in 1995, are brought in for questioning in 2012 as the case is reopened after 17 years. Timelines of the past and present are braided together in a way that one is unclear about the ‘true’ nature of things. As the series unfolds, the relationships of the two protagonists unravel and we are presented with the world that sparked the initial disintegration.

The show has the distinction of being one of the recent few that have been shot on celluloid film and also has a remarkable four-minute, one-take shot in episode four. The writing by Nic Pizzolatto is revelatory and the cinematography by Arkapaaw supports it with old school flair. It is narrative filmmaking at its best.

Showtime, much like HBO, is gaining traction for pushing the envelope in original programming. Their latest offering, The Affair, explores the emotional effects of an extramarital relationship between Noah Solloway, a New York City school teacher, doting husband and father of four, and Alison Lockhart, a married woman who is trying to piece her life back together after the death of her young son. The two meet in the idyllic town of Montauk where Allison is a waitress and Noah is visiting his in-laws. The story of the affair is told separately with distinct memory biases from each of the lead character’s perspectives. But there is more to the show than just two people lying to their spouses: It explores whether the characters’ are on a path of self-discovery or if they are merely lying to themselves as well.

The show harkens back to dramas like Kramer Vs Kramer, Ordinary People and, more recently, shows like Tell me you love me where the psychological impact of human frailty and the all-too-human bond of love is examined through a cinematic lens. The classic shots by Steven Fierberg along with theatrical writing and immersive acting make The Affair a must-watch.

Vivan J Xavier is a cinematographer. He tweets @vivianjxavier