It is a sad state of affair­s when 132 childr­en need to be killed for our politi­cal leader­ship to be jolted into action­
By Arsla Jawaid
Published: December 19, 2014
Tweet Email 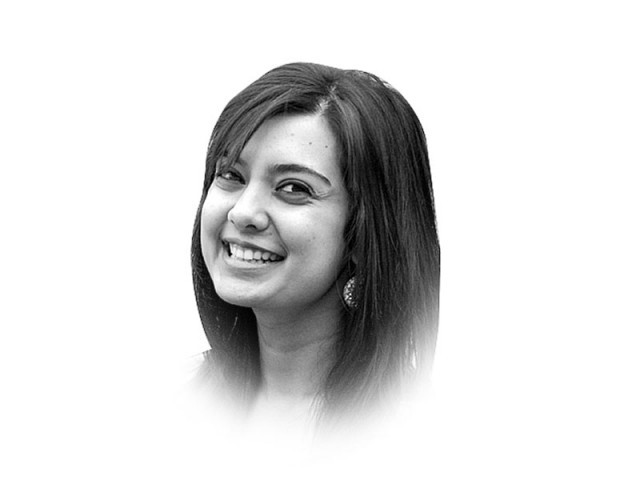 The writer is the former Managing Editor at the Institute of Strategic Studies, Islamabad and is currently pursuing an MA in International Affairs at Columbia University

The details and numbers of the barbaric TTP attack at the Army Public School and College in Peshawar are clear: 132 children and at least nine staffers were mercilessly killed. Seven militants stormed into the school and opened indiscriminate fire on schoolchildren. The attack has now been declared Pakistan’s deadliest terrorist attack to date, given the sheer number of those who have been killed. That is perhaps where the clarity ends.

We live in a nation whose leaders propagate a narrative that helps to legitimise militant ideology or externalise or apologise for the threat it poses. Remaining vague and unclear, they create a space that can readily be exploited by perpetrators that manifest their ideology and hate in heinous acts that often target children. This dangerous trend allows blame to be deflected externally and shifts responsibility from the internal factors that created such monsters in the first place. It is precisely this reason why even after our children have been brutally murdered this may not be Pakistan’s “defining moment”.

Candlelight vigils and prayers will be held. Innumerable condemnations will be issued. Acts of solidarity will be illustrated. But beyond that, it seems that nothing will be done. Civil society may unite but the political leadership needs to do far more than just convening meetings and forming committees. Is the government attempting to present a new security strategy? A review of the terrorism threat Pakistan currently faces? Perhaps, a united front? Or an emotionally charged lifting of the ban on executions in an attempt to show decisiveness? A revised policy is not the cure. An implementation of policy is. The National Internal Security Policy remains dormant. The National Counter Terrorism Authority has yet to be enforced. Local bodies remain underdeveloped and often lack training, ammunition and morale. It was expected that the state machinery, law-enforcement agencies, police force and others would be strengthened to assist in alleviating the threat in city centres while the Army conducted Operation Zarb-e-Azb. The state has failed in fulfilling its duty and attacks like this are bound to occur, if not intensify further. In the meantime, our leaders remain confused as to where and who is truly the enemy. And that is where the clarity is dangerously lacking.

The current generation is deeply impressionable, confused and overwhelmingly frustrated with the status quo. There is much blame to go around from the dismal performance of the PML-N government in addressing security concerns to questionable alliances formed during the 2013 elections to secure the Punjab vote bank. There is no doubt that the largest percentage of young Pakistanis flock to Imran Khan as the messiah who carries an antidote titled “change”. It is, perhaps, this reason alone why Khan has more responsibility than any other political leader to change the mindset of the young and impressionable. In muddying the narrative and failing to draw clear demarcations between friend and foe, the nation is as confused as its leaders, if not more. Taliban apologists permeate the national mindset, stopping short of categorically naming terrorist groups as enemies of the state and growing hoarse calling for ‘political unity’ that means nothing without clarity and decisiveness. Leaders don’t get to be afraid. And the moment they do it’s time to hand the mantle to someone else.

We don’t have time for shock and disbelief. How many more children must this nation sacrifice till our leaders understand that the enemy must be clearly defined. Policy implementation is a medium-long run process. Political will and clarity from our leadership is what is immediately and urgently required. We cannot afford more young boys hiding under desks as their peers are indiscriminately sprayed with bullets. How many more cities will run out of coffins for their young? How many more times will the TTP break us down till we somehow find the strength to stand up again to fight another fight?

It is a sad state of affairs when 132 children need to be killed for our political leadership to be jolted into action. Or not.