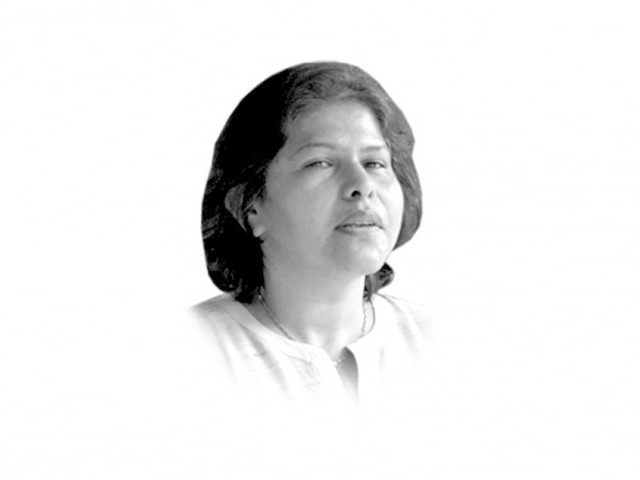 All those bright and shining faces lost in the darkness of blood and violence. But will this be treated as Pakistan’s 9/11? Is this the moment when, after losing 132 children, we have recognised that we will have to fight this battle for our survival so that our children can live their lives peacefully and schools don’t have to close to mourn the death of the innocent? People seem to be in a state of shock. But there is also the likelihood that all of this may ultimately turn out to be a sitcom that we have played for the last so many years.

Painful as it may sound we are likely to mourn for a couple of days until someone will talk about this being a security lapse. People are already asking — as they probably did at the time of the Osama bin Laden operation — how could terror happen in a high security zone. How did these men walk through all the checkpoints carrying weapons and suicide jackets? Very uncomfortable questions indeed, which will provoke a battery of military apologists to point fingers at the sitting government and how it is so inefficient in handling the crisis. Former dictator Pervez Musharraf and his lackeys in the media have indeed started to raise the issue of why the need for the All-Parties Conference. It doesn’t matter to them that it is necessary to get a commitment even from a provincial government, whose leader took so long in condemning the Taliban. In this comedy of errors, it doesn’t matter that the Taliban have indeed admitted to their involvement.

Scene two: we will get a reaction from the government with its supporters reminding the PTI and its partners about not properly condemning acts of terror. This would probably let loose a barrage of criticism and abuses from supporters on both sides. Other parties, of course, will join in by reminding the entire world that they and their leaders sacrificed the most in the battle against terror. Ultimately, more than 72 hours would have passed and other differences would start to set in. There is a high probability that the PTI and its supporters will remember the significance of getting rid of the sitting government and we are back on the roads again.

More than the December 16 attack, it’s our inability to jointly view and assess the threat which is the greater national tragedy. It doesn’t matter that the men walked through barricades, as they did in earlier attacks on hard military targets or even soft targets like the church in Peshawar, to spill innocent blood. We don’t seem close to putting our heads together and our prejudices aside to think about what must be done to stop more bloodshed. Forget about the rest of the country, even the people in Peshawar don’t seem to have an agreement on how to deal with the threat. People are angry and would want every single Taliban to be smashed. One would assume from such reactions that they want the militants dead at any cost. Probe a little and they still hate the idea of drone attacks. A few gentlemen from Peshawar speaking on a BBC programme thought there is greater collateral damage. I thought the Taliban had just complained about collateral damage done from the military operation!

This is not about the need to agree on killing every single person suspected of being a Taliban, but at least develop a consensus regarding why this kind of violent politics ought not to be allowed. We are so divided on defining the problem that we may never get together on creating an alternative narrative. We are not even close to admitting that this is happening right in our midst. Ultimately, it is our next-door neighbours or outsiders in general who are smart enough to cross over, sneak inside our highly secure areas and carry out acts of violence.

Why even bother about the narrative being spread by those tucked away in the warmth of our heartlands as the good guys who may be confused in their ideology but will never attack us. The only people they kill are the outsiders. Thus, those who have struck a deal and promised not to attack hard targets will remain. Our condition can be compared with an American fictional character, Walter Mitty, and his fantasy world. A daydreamer, Mitty imagines himself rescuing helpless people. Our rich strategic imagination sees us as being the only Muslim nuclear power, which everyone is out there to destroy. So, some bad people must be befriended to secure our power. Like Mitty, who is actually very ordinary and ineffectual, it doesn’t matter that we are unable to protect our children, provide the bulk of them with proper education, clean drinking water and other facilities, as long as we can protect our nuclear arsenal.

We would not look into the fact that our good allies have produced a narrative that allows the killing of innocent human beings. Glance through publications that are available openly, in which the burning of a perceived blasphemer is justified. Then there are writings in which violence against minorities is part of a normal deal. Our friendly jihadis operate in another universe and offer a narrative that does not match that of the rest of the world — the American have lost the war and Indians the elections in Kashmir. The problem is not the two propositions here but the fact that there is an entirely different world created and an audience which revolves around these narratives. Those who disagree or don’t take sides are haunted and killed.

Lest we forget, the majority of the 141 who died in Peshawar were downright honest believers. They didn’t challenge faith or blaspheme but they were still killed. And yet, we don’t have the strength to agree not to allow any group or network the freedom to market terror, inside or outside the country. While some moan about the continued absence of organisational structures like Nacta, they can have a good laugh at the fact that we don’t even have an agreement to take on the enemy. The attack may just be another curtain-raiser on our comedy of errors.