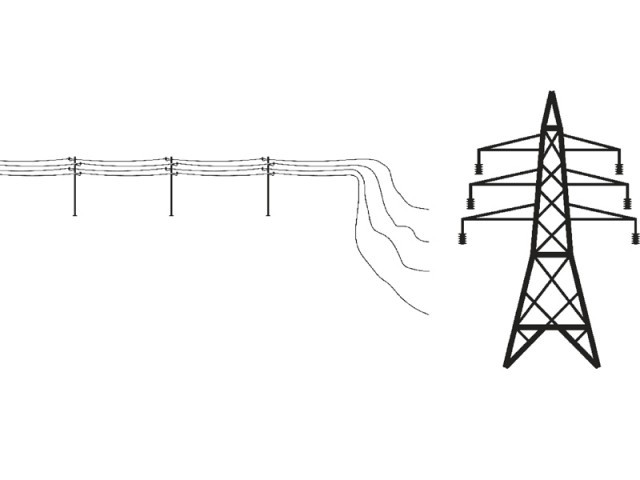 To figure out where Karachi is spending all its energy, it is necessary to develop the city’s energy profile, both in terms of production and consumption.

When it comes to production, the power sector is a privatised entity since 2005. K-Electric, formerly known as the Karachi Electric Supply Company, is a publicly listed power utility involved in generation, transmission and distribution. It is the only remaining vertically integrated power utility in Pakistan with exclusive licensing rights for Karachi, having a customer base of 2.4 million.

When it comes to consumption, the demand for fossil fuels in Karachi has increased manifold over time. This is due to the ever-increasing population, lack of an efficient public transportation system, limited application of environmental control measures in the industrial sector, and a lack of focus on exploiting the renewable energy potential of the city.

Problems related with increased energy consumption and harmful carbon emissions are magnified as Karachi is not served with a proper and efficient public transportation system. This fact is endorsed by the fact that the total road network in the city, which is 8,000km, has a density of 219km per 100km² and this is mostly being used by private vehicles that have high energy consumption.

Between 1990 and 2008, the observed growth in vehicles is comparatively greater than the population growth. This was due to increasing demand of transportation in the city and the fact that banks gave easy loans to own a car. Some years ago, compressed natural gas (CNG) came as an environment friendly alternative but its availability is on a constant decline.

Given these factors affecting the production and consumption of energy, the overall sector can be categorised into two: power, and industries and automobiles.

This high level of consumption in these sectors began soon after the country was formed. The major industrial development in Karachi took place between the years 1947 and 1969 and during 1986 and 2009, claimed research done by S H Sajjad, N Blond, A Clappier, Asif Raza, Safdar Ali Shirazi and Khadija Shakrullah.

Their work on ‘The preliminary study of urbanisation, fossil fuels consumptions and CO2 emission in Karachi’ published in the year 2010 in the African Journal of Biotechnology, shows that the consumption of coal, the dirtiest of all the three fossil fuels, was 262,000 short tons in 1980 and it increased to 1,009,000 short tons by the year 2007 with an increase of 285%. This rapid increase is mainly due to increase of consumption of coal in cement industry.

With a disproportionately large number of industries relying on fossil fuels, Karachi is losing its energy efficiency. If we want to make Karachi an energy efficient city then research-based target setting and benchmarking needs to be done.

What can be done

We have to prioritise actions and work with a mix of technological and non-technological strategic options. Karachi has many strategic advantages than other cities in Pakistan that it can leverage to put in place a viable programme for energy efficiency. More importantly, it needs a transition to renewable sources of energy. What is needed is not just a collage of ‘projects’ but deeper thinking, vision and a long-term strategic framework.

Going for wind and solar energy is a fairly obvious choice and it can be implemented at household, neighbourhood and housing-society levels. Karachi can benefit from offshore wind mills, taking into account the relevant environmental considerations.

It can only find attractive ways to utilise waste as the amount of waste produced by a population of more than 20 million people goes completely unutilised right now. Setting up co-generation plants, methane recovery, bio-mass production, etc, are a set of options that can be availed.

We need to have a holistic vision truly capable of achieving the objectives set by the government in terms looking for a ‘fuel mix’ that finds a role for the use of renewables and a strong emphasis on energy efficiency. A balanced mix would be an efficient mix of instruments, legislations, regulations and ordinances.

As is the case with large cities in the developed and even developing world, Karachi needs to invest in producing every year a ‘Greenhouse Gas Inventory’ that would also indicate the changing trends, the major emitters, and help set appropriate benchmarks.