Warming up: Altaf Hussain wants PPP to explain why Bilawal threatened him

Warming up: Altaf Hussain wants PPP to explain why Bilawal threatened him 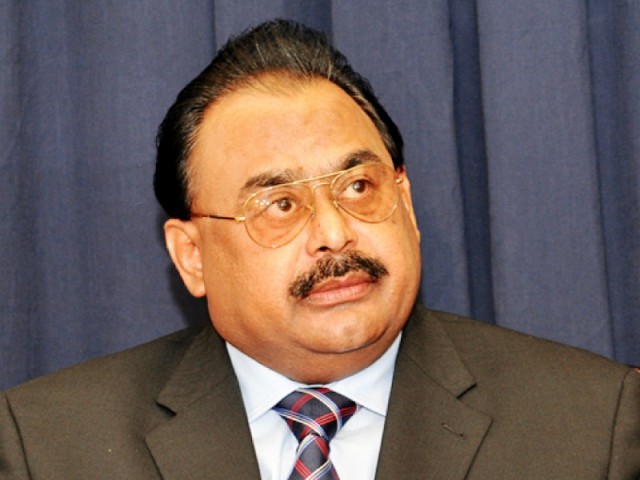 KARACHI: The Pakistan Peoples Party (PPP) and Muttahida Qaumi Movement (MQM) – more than one-time allies – were engaged in a war of words on Tuesday after the MQM’s chief demanded an explanation for a ‘threatening’ statement made by PPP chairperson Bilawal Bhutto Zardari nearly two months ago.

Way back in October, over Eidul Azha, Bilawal lashed out against the MQM’s chief. “Uncle Altaf [Hussain], control your ‘namaloom afrad’,” he said. If any PPP workers were harmed, he [Bilawal] would make Altaf Hussain’s life miserable, he added.

At the time it happened the MQM was still part of the provincial coalition government and Altaf decided to forgive and forget what Bilawal had said. On Tuesday, however, nearly two months after the speech, the MQM chief reacted strongly to Bilawal’s statement.

This prompted a lot of criticism from the PPP.

Altaf called upon the government, the governor, the chief minister, PPP’s Asif Ali Zardari and Rehman Malik along with heads of law enforcement agencies to hold an inquiry into these statements within the next 15 days.

The MQM chief has also asked for a detailed answer, or else he says he will serve Bilawal a legal notice if the PPP fails to give them an explanation. “Why did Bilawal accuse me,” he asked the father of the PPP co-chairperson, Asif Ali Zardari, and Central Executive Committee. “When were your party workers harmed?”

PPP’s Qamar Zaman Kaira asked why the MQM was raising the issue now, while Sharjeel Memon said that no explanation will be given and no inquiry will be held.

“No threat was made out to Altaf Hussain,” he said. “What Bilawal said was the truth. If the MQM goes to court, then we will go to London and give proof against the party in court.”

The MQM’s party leader in London, Mustafa Azizabadi said that the party could have saved themselves the embarrassment if they had taught Bilawal how to respect elders.

MQM’s Rabita Committee member Wasay Jalil said that they have demanded an inquiry from the PPP leadership which includes the former President and Rehman Malik – not Sharjeel Memon. “If Sharjeel Memon wants to go to court, then he may do so,” said Jalil.

He added that they had raised the issue after consulting with their team of legal experts and looking at the statements from a legal perspective.

No cut: Perturbed by high CNG prices, transporters not willing to slash fares