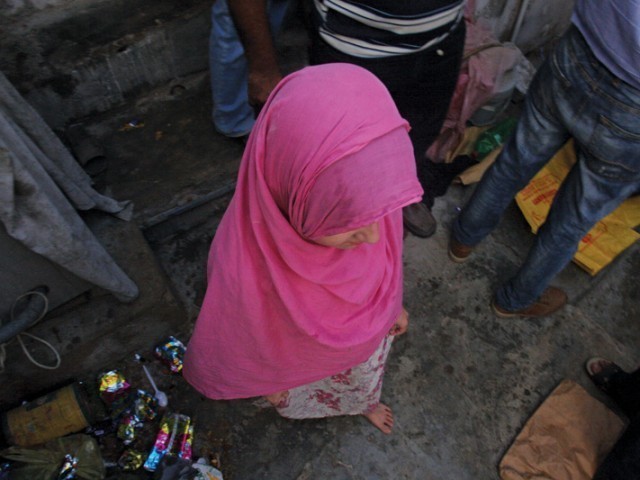 KARACHI: A day after at least 36 young girls were recovered from a house in Karachi, police in the metropolitan city have failed to file a case or arrest main accused, Express News reported on Thursday.

Police on November 26 recovered 26 girls from a house in the city’s Liaquatabad area, while ten more were recovered from two different places late at night.

These girls, originally from Bajaur Agency, reportedly went missing three days ago from a madrassa on Jamshed Road near Guru Mandir.

The lady, a woman who the girls refer to as Baji, who owned the madrassa ran it like a boarding school where they girls used to live. She had been running the unregistered madrassa from home for years.

Meanwhile, the assistant political agent of Bajaur, who arrived in Karachi on Wednesday, has said the girls have been handed over to them by the Sindh government.

Those girls whose parents are in Karachi will be handed over to them here, whereas the girls whose guardians reside in Bajaur will travel with him to the tribal region, he added.

Three days ago the owner of the madrassa took the girls to another lady’s house in order to pay her debt. They claimed that Baji had taken the girls to Saira’s house as the latter had taken a loan from her and it was time to pay up.

Police claim that Baji had lent some money to Saira and had said that the debt would be repaid if she took care of the girls.

Karachi police on Thursday registered an FIR against Madrassa owners, Hameeda and Ayub.

SHO Hassan Haider said FIR No. 163/2014 was registered under Section 342 of the Pakistan Penal Code.

Hameeda and Ayub have been charged for illegal confinement of the girls.

The SHO added that they arrested Hameeda, Ayub and his wife Tahira in the case and investigation is ongoing.