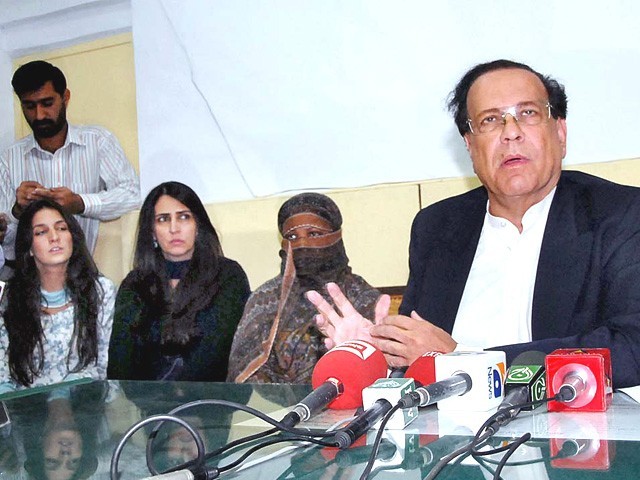 Governor Punjab Salmaan Taseer has said that he would take the clemency appeal of Aasia Bibi, Christian woman sentenced to death over blasphemy allegations, to the President.

He said he would personally request the president to use his prerogative and pardon the woman. Taseer visited Sheikhupura to meet Aasia Bibi on Saturday. Talking to the media men after the meeting, he said that Bibi denied that she had said anything disrespectful for the Holy Prophet (p.b.u.h) or Islam, adding that she accused the villagers who had chased her to her home of sexually assaulting her and dragging her through the streets. Taseer said that he did not want to interfere in the judicial proceeding, but he would do as much as he could in his capacity to make sure that she does not get punished for a crime she said she had not committed. He added that it was for the president to decide whether he would or would not grant her appeal.

Fashion police: Which bag should you carry today?