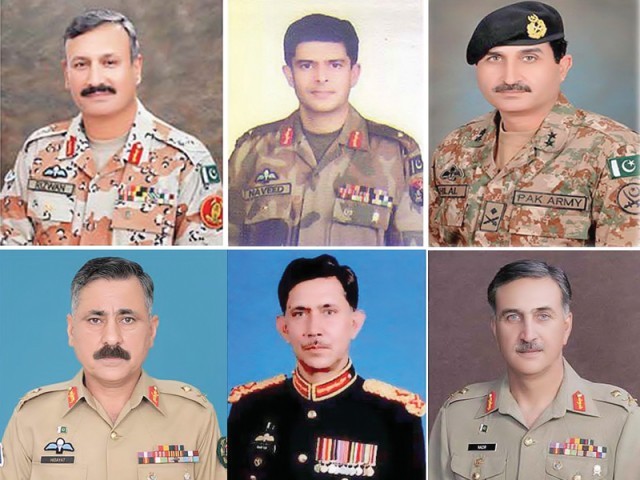 Lieutenant General Rizwan Akhtar has been named the country’s top spymaster in a major reshuffle in the Pakistan Army that also saw appointment of four new corps commanders.

Rizwan Akhtar, who was elevated to the rank of Lt General along with five other major generals, was approved for the key post of director general, Inter-Services Intelligence (ISI), by Prime Minister Nawaz Sharif on the recommendation of army chief General Raheel Sharif, said an official of the Prime Minister’s Office.

However, the formal announcement was made by the military’s media wing, the Inter Services Public Relations (ISPR). Technically, it is the prime minister’s prerogative to appoint the spy chief but such a crucial appointment is always made with the consent of the army chief.

Lt-General Rizwan Akhtar will step into the shoes of the incumbent DG ISI, Lt General Zaheerul Islam, on November 8 – a day after his predecessor retires. The appointment of Lt General Rizwan one and half month before Zaheerul Islam’s retirement is seen as unprecedented, because the new DG ISI is rarely named well in advance.

After the army chief, the post of DG ISI is considered the most powerful. The incoming spy chief, who hails from Rawalpindi, was commissioned in the Frontier Force Regiment in September 1982.

According to the ISPR, Lt General Akhtar is a graduate of the Command and Staff College, Quetta, and National Defence University, Islamabad. He also travelled to the United States for a war course. He has commanded an Infantry Brigade and Division in the Federal Administered Tribal Areas and also remained director general Rangers, Sindh.

Talking about the choice for the new DG ISI, a security official said that Lt General Akhtar was the ‘right man for the right job.’ “He is considered a professional solider and apolitical,” the official added.

The official pointed out that the army chief wanted to improve the image of the ISI, which was hurt in recent months due to allegations regarding its involvement in political affairs. “You would expect a lot more professionalism within the ISI under the new leadership,” commented another official, who closely saw Lt General Akhtar’s ‘style of working.’

Other five major generals, who were promoted to the rank of Lt General include Hilal Hussain, Ghayur Mahmood, Nazir Butt, Navid Mukhtar and Hidayat Ur Rehman.