Astronomy: A one-way ticket to Mars

Astronomy: A one-way ticket to Mars 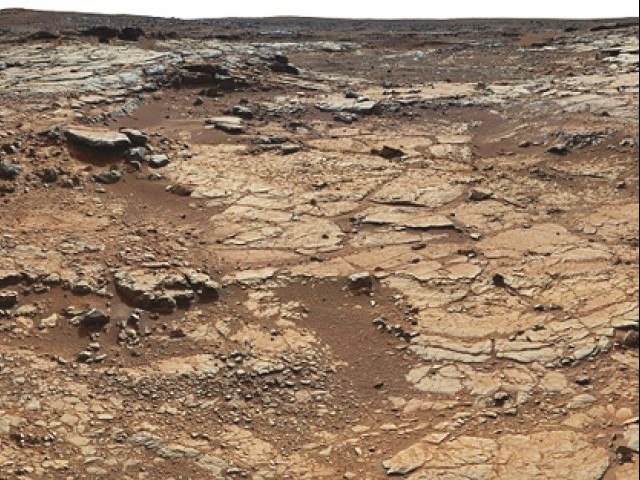 If given the opportunity, would you go on a one-way trip to Mars? I ask this question in several of my classes, and about a third of the students respond positively. I am sure that when faced with a real-life decision, many of these students will have second thoughts. This is understandable. It is hard to willingly leave family, friends, good food and an abundance of breathable oxygen. But I know that at least some of these students genuinely mean it. They would love nothing more than to go to Mars, even if it means saying goodbye to the planet of their birth forever.

A one-way trip to Mars may seem crazy. Forget about humans, only a handful of robotic missions have been successful in landing on the Red Planet. But even if one were to accept these risks, the fiscal costs of a return trip to Mars are so high that such a mission is unlikely to take place in the next several decades. Much of these costs are associated with bringing people back. You nix the return, and going to Mars becomes more plausible.

Some have misinterpreted a one-way trip to Mars as akin to suicide but that is far from the truth. It is expected that a habitat for humans, along with the supplies they need to live on Mars, will already be in place before any humans have even set foot on the spacecraft leaving for Mars. This can be done, as cargo ships are relatively cheap.

This is the plan behind Mars One, a Dutch company which is planning to send crews of four, departing every two years, starting in 2024. There will be no return missions. The plan is to establish a permanent human presence on Mars. They have already winnowed 1,058 candidates, including two Pakistanis, from a list of 200,000 applicants!

It gives me goosebumps just to imagine how humans will experience their first steps on Mars. In fact, every action of these pioneers — however mundane — will be historic and full of significance from washing clothes to taking a stroll or even growing a plant. The most difficult part will be living with only a few other humans, all confined to a biodome. Even a brief stroll outside the oxygenated dome will necessitate a space suit. None of this will be easy, but then perhaps, this is exactly what makes it exciting. The risks of death will indeed be higher. Instead of living up to 80 years on Earth, these Martian humans may live up to 40 or 50 years. But it will be a path-breaking life spent on a literally untouched landscape!

This pioneering spirit has always been in the human DNA. I can imagine some of our more outgoing ancestors taking the risk to expand their race out of Africa to other parts of the world. The spread of the human species on Earth may in fact be a story of a number of one-way trips. Establishing a permanent presence on Mars may simply be another similar step in mankind’s history of expansion.

All my enthusiasm for this Mars trip aside, I have one big reservation. What if we detect microbial life living on Mars today? In such a case, I would argue to leave Mars to Martians and not interfere in their evolution. Unfortunately, the history of our species on Earth also suggests that such a discovery is unlikely to deter any future human missions to Mars. For the sake of Martians though, I hope they are not there.

Salman Hameed is associate professor of integrated science and humanities at Hampshire College, Massachusetts, USA. He runs the blog at irtiqa-blog.com

Book review: Observing the Observer – faith in the classroom