Taliba­n are negoti­ating a deal that could give milita­nts access to remote strate­gic areas on the Afghan border.
By Reuters
Published: October 28, 2010
Tweet Email 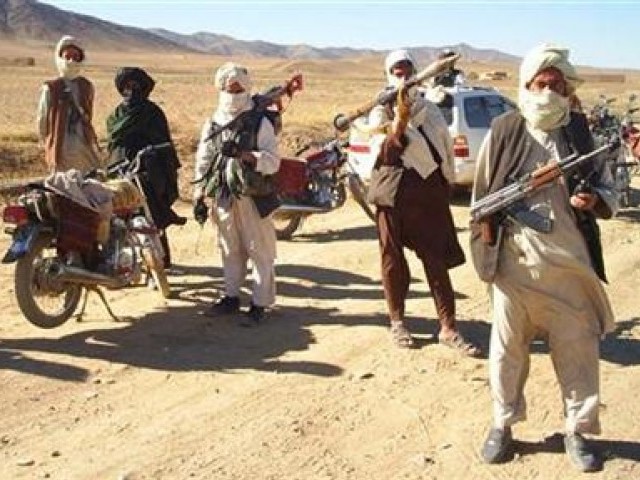 ISLAMABAD: The Taliban are negotiating a peace deal with a Pakistani tribe in the northwest that could give militants access to remote strategic areas on the Afghan border said tribal elders on Thursday.

The talk of a deal between members of the Haqqani network, one of the most dangerous Taliban factions, and the Turi tribe in the Kurram region is likely to raise concerns in the United States which has been demanding Pakistan get tough with the militants fighting Western forces across the border.

“We are holding talks to end violence and fighting in the region. People have become fed up with fighting,” Sajid Hussain, a member of parliament involved in the talks, told Reuters.

Hundreds of people have been killed in clashes between the Turi tribe and their rivals backed by the Taliban in recent months.

The deal, which has not yet been finalised, could lead to the lifting of the siege of the Turi tribe and release of its members kidnapped by militants and their allies.

But tribal sources said the militants would likely demand the use of roads passing through their territory to the Afghan border though Hussain said Taliban had not yet made any such demand.

“Even if they do so, we will not accept it,” Hussain said.

Kurram is one of the seven Pashtun tribal regions in Pakistan on the Afghan border; an area widely considered to be the headquarters of al Qaeda militants and their allies from all over the world.

The region is a strategic prize for Pakistan, the militants and even the United States. It lies opposite Afghanistan’s Paktia, Nangarhar and Khost provinces and is next door to North Waziristan, the main base of the Haqqani network in Pakistan.

Its capital, Parachinar, is just over the mountains from Tora Bora, Afghanistan, which US and Afghan forces assaulted after the September 11 attacks in pursuit of Osama bin Laden.

But he has never been found and is believed to be hiding in the mountainous border areas of Afghanistan and Pakistan.

Most of the Pashtun who live on both sides of the Pakistan-Afghan border are Sunni Muslims. But Kurram and neighbouring Orakzai region have a large number of Shi’ite Muslims. Turis are Shi’ites while the Taliban are Sunnis.

The Turi have blocked Taliban militants from crossing their territory, preventing the Haqqanis and other Taliban factions from having an easy ride to Kabul. In response, the Taliban have blockaded Turi territory for more than two years, effectively cutting them off from the rest of Pakistan and laying siege to their lands.

Analysts say the proposed deal in Kurram is another sign of the Pakistani government’s eroding control over the lawless tribal lands and it would embolden militants to intensify violence in Afghanistan and Pakistan.

“This deal will give a very high hand to the militants. It shows the Turi tribe are surrendering some of their powers to the Haqqani network. That must add to its strength,” said Khadim Hussain, an expert on tribal affairs.

The United States, its Western allies as well as the Afghan government have in the past opposed such deals with militants which they say led to an increase in violence in Afghanistan.

Washington has long been pressing Pakistan to a major operation in North Waziristan to eliminate the Haqqani Taliban faction, but Islamabad is reluctant to do so saying its forces are overstretched.

Analysts say Islamabad sees the al Qaeda-linked group as a bargaining chip in any settlement of the Afghan crisis once US-led foreign troops leave that country.

Resurgence of dengue in Punjab