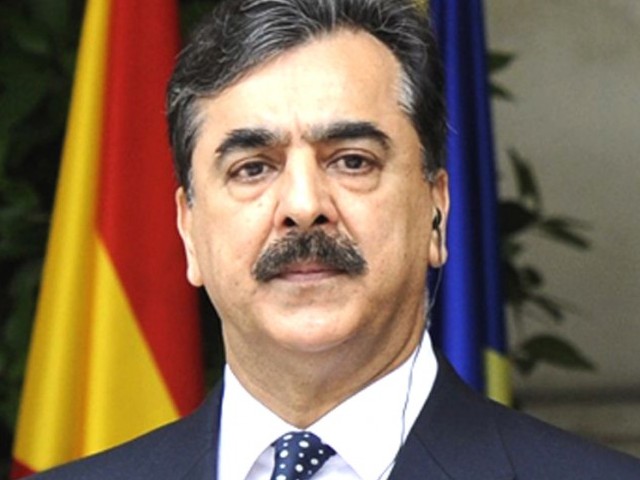 Gilani threatens to go beyond ‘diplomatic condemnation’ and use ‘other options’ if cross-border strikes continue.

ISLAMABAD: Prime Minister Yousaf Raza Gilani on Friday demanded an apology from the Nato forces stationed in Afghanistan for repeated violations of Pakistan’s airspace by their helicopters and said that his government will go beyond “diplomatic condemnation” and use “other options” if cross-border strikes continued.

“If Pakistan’s integrity is attacked again, there are other ways and options…and we will consider them,” Gilani told lawmakers in the National Assembly on Friday. However, he did not say what other “non-diplomatic options” could be.

Meanwhile, the authorities stopped trucks carrying fuel and military hardware for Nato troops in Afghanistan for a second consecutive day on Thursday.

Nato helicopter gunships on Thursday violated Pakistan’s airspace and targeted a security checkpoint in the Kurram tribal region, killing three paramilitary Frontier Corps soldiers. It was the fourth cross-border air strike by Nato forces in as many days.

Gilani sought either an explanation or compensation from Nato for the pre-dawn attack in Kurram Agency. “We have cooperation in the war on terror…it doesn’t mean we have sold out our sovereignty and integrity,” the premier added.

“When we (Pakistan and Nato) have intelligence cooperation, they  (international forces) must share with us any information and we, our forces, will take the action. They should not carry out attacks themselves,” Gilani said, repeating his government’s stated position on the issue.

The prime minister was responding to a point of order by an opposition lawmaker who advised the government not to compromise on such things. “How long we will continue to tolerate such things…Just ask them (Americans), enough is enough,” Lt-Gen (Retd) Abdul Qadir Baloch of the PML-N said.

Earlier Premier Gilani told the lower house of parliament that he was not aware of any ordinance President Asif Zardari had issued secretly to transfer the powers of the chief of the National Accountability Bureau (NAB) to the law minister.

Gilani, however, appeared to be “uneasy” when a lawmaker raised the issue during the brief proceedings for the day.

He told the house that the government has sought more time from the Supreme Court for the appointment of a new NAB chairman because two of its nominees were rejected by the leader of the opposition in the National Assembly, whose consultation is mandatory under the 18th constitutional amendment.