A water board offici­al pointe­d out that the city is facing a shorta­ge of 20MGD.
By Ali Ousat
Published: January 28, 2014
Tweet Email 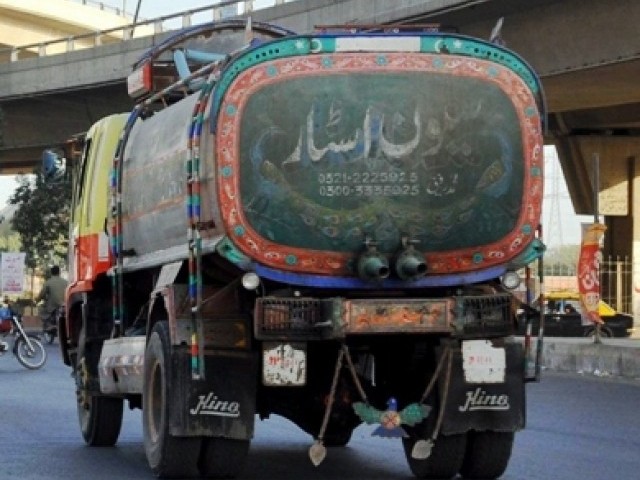 The water board official pointed out that the city is facing a shortage of 20 million gallons per day (MGD) as most of the closed hydrants have also restarted their operations since the drive ended. PHOTO: FILE

KARACHI: Illegal hydrants in the city continue to flourish as law enforcers are reluctant to carry out an operation against armed groups, The Express Tribune has learnt.

Given this fear, the water crisis in Karachi may worsen as illegal water hydrants in Baldia Town, Orangi Town, Pirabad, Qasba Colony, Shershah, Sohrab Goth, Gulshan-e-Bunir, Landhi and Korangi continue to operate. A spokesperson for the Karachi Water and Sewerage Board (KWSB) also confirmed that the board has stopped its drive against the water mafia due to worsening law and order situation in the city.

“Only police presence in these dangerous areas is not feasible and the Rangers personnel are unwilling to cooperate with the water board to wipe out the illegal connections,” he added.

The Rangers spokesperson insisted, however, that the drive against the water mafia is being conducted by the water board on its own. The Rangers men will help maintain law and order wherever the campaign is taking place, he assured.

“If they think that the police force alone cannot help them in sensitive areas then the Rangers are ready to help them out,” he said. “We know the people of Karachi are facing a water crisis along with worsening law and order and if the Rangers can help stop water theft, then we are on board.”

The water board official pointed out that the city is facing a shortage of 20 million gallons per day (MGD) as most of the closed hydrants have also restarted their operations since the drive ended. According to a local leader of the Pakistan Peoples Party (PPP) in North Nazimabad, Faisal Sheikh, armed groups are not only killing innocent people but they are also supporting land and water mafias.

“These armed groups add to the miseries of the people of the Karachi by supporting the water mafia,” he said. “These illegal hydrants are a source of income for such groups as millions of rupees are involved in the lucrative business of water thieving.”

According to a KWSB official, there are 13 illegal hydrants in district Central, six in Malir, 10 in East, four in South and 61 in West. Most of these hydrants are operating with the support of corrupt politicians, he added.

Claiming the water crisis is an emergency, the commissioner Shoaib Ahmed Siddiqui also directed the deputy commissioners of all districts to take severe action against these illegal hydrants.

The commissioner also asked the officials of KWSB to restart the campaign and detain all the people involved in illegal water trade and seize their vehicles and machinery and demolish the construction besides disconnecting the illegal connections.