Cleaning house: Reshuffle in PTI Sindh chapter on the cards

Cleaning house: Reshuffle in PTI Sindh chapter on the cards 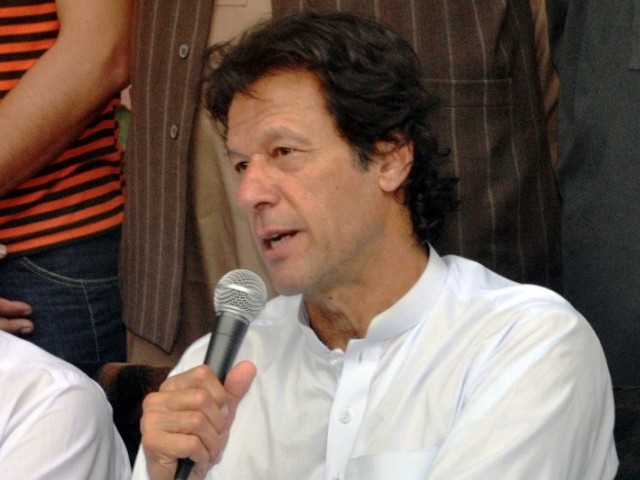 Pakistan Tehreek-e-Insaf seems to be cleaning house in the two provinces in which it fared poorest in last year’s elections.

The president of the party’s Balochistan chapter was unceremoniously removed from office a few days ago over what was claimed to be poor performance in the province. Now, party insiders have revealed that its sluggish leadership in Sindh may result in another drastic restructure.

“Qureshi is active in Sindh because Imran Khan is disappointed with Leghari’s performance,” the source revealed. He said the PTI chairman has tasked Qureshi with reorganising Sindh since Leghari failed to capitalise on the PTI’s vote bank.

“A reshuffle is on the cards.”

Another senior party official confirmed that Imran is ‘very upset with Leghari’s performance’. He said the PTI Sindh president opted to endorse a Pakistan Peoples Party candidate instead of contesting the general elections, for which he was given the ticket.

Leghari has also been accused of rigging in intra-party elections by PTI leader Ali Zaidi, who contested him for the Sindh president’s slot. Complaints have also been made against him for absence at sit-ins against rigging and other issues in Karachi.

“Leghari is still hanging in there because of his closeness to Jahangir Tareen… Qureshi has been asked to look into Sindh, keeping in mind the notion that Leghari will be shown the door,” the party official said.

Reportedly, Imran earlier asked Tareen to settle things with the PTI Sindh president owing to their closeness, but to no avail.

When contacted, Leghari rejected reports of a reshuffle and said he was away due to personal reasons. He explained the PTI vice-chairman’s presence in Sindh, saying, “Both Qureshi and I have links in the province, and we want to gather support for the party.”

“I even asked the chairman to spend more time here.”

Defending the decision to endorse a PPP candidate in the general elections, Leghari said, “My now late mother was placed on ventilator at the time, between April 13 to May 14 last year… I did not contest for this reason.”

When asked about PTI’s dwindling popularity in Sindh, he said, “How much time did Imran Khan spend here? Is that the Sindh president’s fault?”

“Should the Punjab president not also be removed for PTI’s failure to win a seat in Lahore if that’s the case?”

Qureshi also denied reports that Leghari was on his way out, and said that he will work with the elected Sindh president to improve PTI’s position in the province.

The PTI vice-chairman has been tasked with gathering support in the Mirpur Khas division, Sukkur, Umerkot, Sanghar and Karachi. Although he lost seats in Tharparkar and Umerkot in the 2013 elections, party insiders say Qureshi still has strong support in the region.

The vice-chairman himself said his recent visits to Sindh were part of a plan to gather support in the province. “We realised that as a political party, we did not pay enough attention to Sindh in the past. Even in the campaign, we did not have enough time,” he said.

“I feel I should play my role as the vice-chairman of the party and as a candidate who contested from Sindh. I have convinced the chairman that he needs to focus here.”

During his recent rally in Umerkot, with Qureshi by his side, Imran apologised for the party’s poor performance in Sindh.

“I apologise that the tsunami which started from Khyber-Pakhtunkhwa stopped in Punjab. But now we will go to every district of Sindh,” Imran had said.