The former milita­ry ruler is due to appear in a court tomorr­ow.
By Our Correspondent
Published: December 31, 2013
Tweet Email 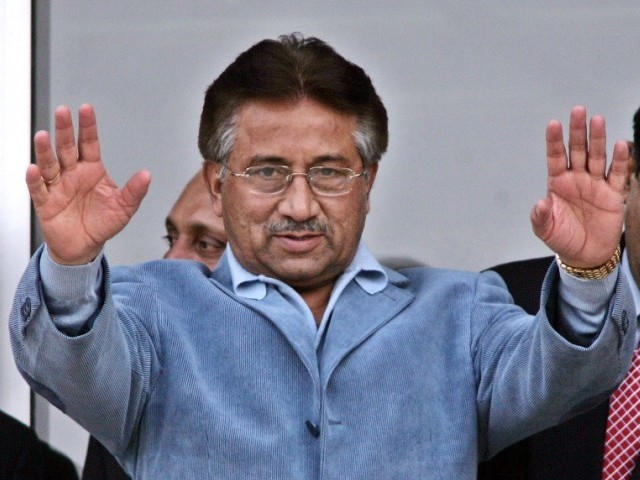 Five packets filled with explosives were found on Monday from a green belt on Park Road near the Chak Shahzad farmhouse of former president Pervez Musharraf, according to Islamabad Police.

The exact location of the explosive packets was around two kilometres away from Musharraf’s farmhouse, police authorities said.

This is the second time in less than a week that explosive materials have been discovered from a place close to either the former general’s accommodation or his travel route.

On December 24, the day Musharraf was to appear before a specially-constituted court that is hearing a treason trial against him, a five-kilo Improvised Explosive Device was found in a briefcase along the route the former dictator would have taken to reach the court. Musharraf failed to show up for that hearing citing security concerns.

His next appearance in court is scheduled for January 1. The authorities found out about the presence of the packets on Monday after a passer-by spotted them tied to the streetlight poles on the green belt and alerted Rescue 15 around 11 am.

Each packet contained around 0.5 kilos of explosive material, according to officers at the Bani Gala police station, where a case was registered against unidentified people for planting the explosives under sections 4/5 of the Explosives Act.

A detonator was also found in one of the packets, police said, citing the Bomb Disposal Squad which was called to the spot after police were alerted.

A police official, requesting anonymity, said the explosives appeared local or “home-made.” Owing to death threats, security has been tight around Musharraf’s farmhouse, even though as of early November, he has been granted bail in all cases that were brought against him after his return to the country for the May 2013 general elections.