2013: The year in game changers of the entertainment industry

2013: The year in game changers of the entertainment industry 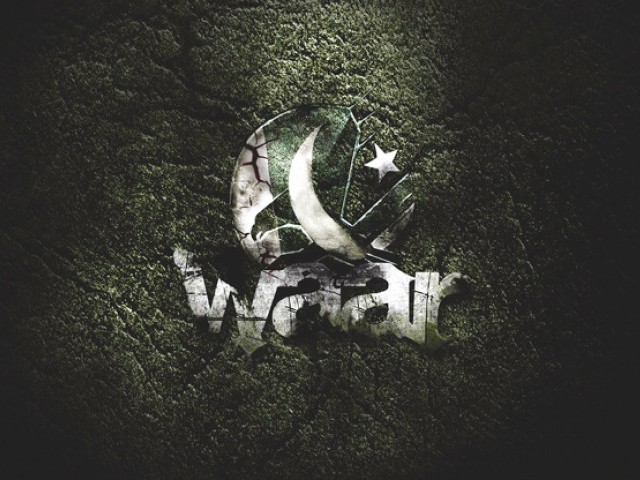 Here are The Express Tribune’s top ten picks for the biggest game changers of 2013.

Waar was undisputedly the biggest game changer of the previous year. Not only was it finally released after a three-year hiatus, the movie also managed to smash one record after the other at the local box office. Its English dialogues became the talk of the town, with everyone making fun of the actors’ accents in the film.

Building on his new beginning in theatre, which kick started with Pawnay Chauda August, Maqsood and his plays achieved multiple milestones in 2013. Sawa Chauda August, the sequel to Pawnay Chauda, had an incredible run all across Pakistan which was followed by Aangan Terha, and now Haaf Playt. Maqsood’s words are timeless, and so is the public’s love for them.

Conceived by Saif Samejo, the front man of Jamshoro-based band The Sketches, the Lahooti Live Sessions was a platform that gave a totally new dimension to folk music. Samejo, accompanied by young volunteers from Sindh, started preserving the sounds of Sindhi folk without any form of sponsorship. The quality of the music produced as a result of this venture speaks volumes of the service this will prove to be for cultural preservation, years down the line.

4. Our very own Oscar committee

Pakistan finally formed its own national Oscar Committee, comprising of seasoned academics and artists. Headed by Sharmeen Obaid Chinoy, the committee came under severe criticism for its choice of members by UPA (United Producers Association), but nonetheless managed to make Zinda Bhaag Pakistan’s second ever entry into the Foreign Film Oscar race, and that too after a gap of 50 years.

Neuplex became the biggest multiplex in Pakistan after it was opened for the public in September 2013. With five different screens offering various price ranges, Neuplex became a blessing for cinema goers in Defence and Clifton, who would previously have to go all the way to Atrium for quality entertainment. Its impact on the industry even showed in the numbers, as it was the multiplex that generated the second highest business for Waar from all over Pakistan.

Abbasi turned out to be the pick of all the actors who showed their talent on the big screen.  His impeccable portrayals of both a Pakhtun cricketer in Main Hoon Shahid Afridi and police officer Ehtesham Khan in Waar clearly showed the promise he holds as a major player for the Pakistani film industry in days to come.

Zoe is one of the most hardworking female singers in Pakistan, because she has consciously worked on her shortcomings as a vocalist and her intent to improve with each offering reflects in her songs. She is undoubtedly the voice of the year, a voice that was heard in every jingle, some catchy OSTs and brilliant solo tracks. She was all over the billboards for Cornetto Music Icons and Coke Studio, with the later doing justice to her talent.

Aamina Sheikh is the only person prolific enough to have made it to our list of game changers for both 2012 and 2013. She was definitely the female star of the big screen, offering memorable performances in both Lamha and Josh. This year, she also introduced Youmatter, a smart phone application aimed at raising Breast Cancer awareness.

NAPA’s (National Academy of Performing Arts) theatre company produced plays on an almost monthly basis in 2013. They also organized their second theatre festival, allowing many young directors to come to the forefront. Most notably, they ended Pakistani theatre’s thirst for original plays with Imran Yusuf’s Stumped! — A play about cricket and politics.

Last, but certainly not least, is Vibe Tv’s gift to Pakistan, the gujji gujji girl Mathira. She finally walked the talk, and featured in a song that can be considered the first ever item number in modern day Pakistani cinema. Her thumkas and her belly dancing was much appreciated by (almost) everyone. Despite Shahid Afridi’s misgivings about her item number, Humayun Saaed deserves appreciation for taking such a courageous step and incorporating it in a Pakistani film.