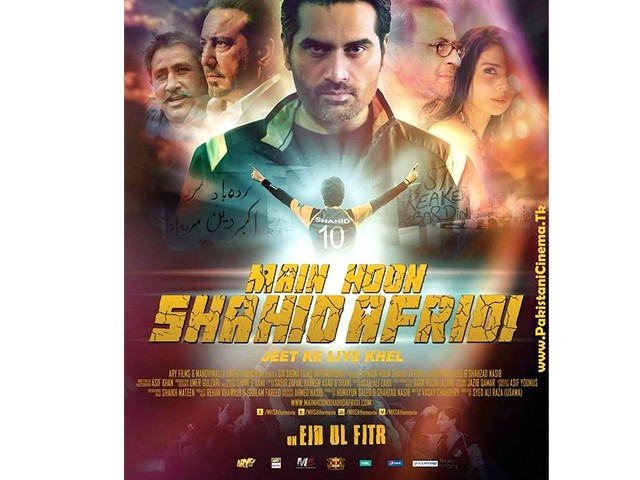 KARACHI: After a 45-day run in cinemas, Humayun Saeed’s Main Hoon Shahid Afridi has done reasonably well in terms of business at the box office.

After an initial release on 31 screens, MHSA has earned Rs51.8 million at the box office and is expected to close on Eid at Rs55 million. Based on these stats, the film is a hit.

MHSA is the story of the Akbar Deen (Humayun Saaed), the fictitious captain of the Pakistan cricket team. Deen becomes a national disgrace when police in Dubai discover him intoxicated and in the possession of drugs in his hotel room. He is banned from the cricket arena and disowned by his lower middle-class elderly parents, wife (Mahnoor Baloch) and young son for bringing shame to the family.

Fast forward 15 years later. A small cricket club in Sialkot is in desperate need of a coach to prepare it for a local cricket competition. Enter Deen. From here on, the journey for Deen and Shahid Bhatti — the talented but raw cricket-loving youth who hopes to become the next Shahid Afridi — begins.

In 2011, Shoaib Mansoor’s Bol did business of a whopping Rs120 million on a mere 26 screens along with reruns. These stats earned it the blockbuster status.

Eidul Azha release Waar will be playing on 53 screens and is expetced to do business of about Rs45million in its first week. According to our prediction, it may be a super hit in Pakistan but not a blockbuster like Bol.