Coke Studio episode 3 and 4: The disappointments and surprises

Coke Studio episode 3 and 4: The disappointments and surprises 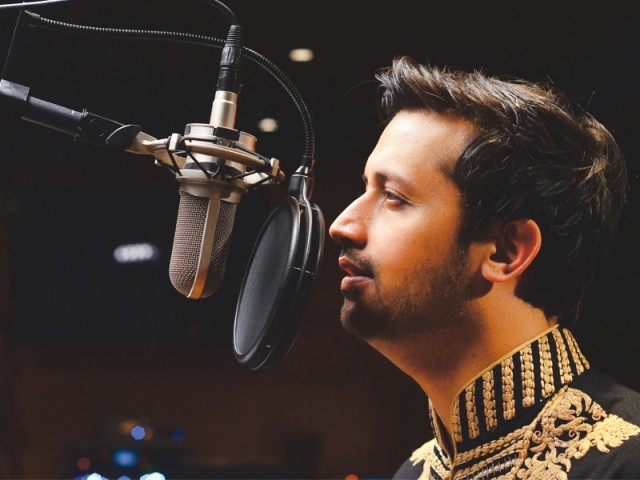 Atif Aslam failed to deliver, which is surprising as he always outdoes himself on the show. PHOTOS: PUBLICITY

Yahi hamari Laila hai, yahi hamari Sohni hai, yahi hamari Sassi hai Heer bhi apni yahi zameen. These are a few lines from Vital Signs’ Yehi Zameen; one of the most patriotic songs of all time. This not only reflects the sense of ownership of their land that, under the patronage of Shoaib Mansoor, Vital Signs stood for, but also foreshadows the genesis of the ideological foundation of Coke Studio  — the idea of celebrating your own folklore, and keeping it alive and relevant.

This becomes especially important when people have become global citizens and national identity is still suffering from the quintessential cultural confusion of a more geographic outlook on history.

Episodes three, and specifically four, of season 6 made a conscious effort to celebrate our true roots, which couldn’t have been done in a more fitting manner than revitalising Bengali and Balochi folk; two regions that have been missing from our mainstream narrative.  Where episode four was star-studded, with something soulful from each song, Atif Aslam was an experiment gone wrong in episode 3, with the dynamisn of both Sanam Marvi and Zara Madani being the only saving grace.

First recorded by the legendary Faiz Mohammad Baloch, Laila o Laila is by far the most celebrated Balochi folk song in the world. Whether it’s the Balochs of Lyari or of Pungur, of Iran or of India, they all get their shoulders shaking to the moves of Chap (Balochi Dance) when this number comes on. The Coke Studio version, however, is a song soaked in dense production. At times, this nearly overpowers the folk roots that should be the centre of the song. The Baloch landscape is often depicted as a dusty plain of arid lands, but its music is rich and cheerful. Though full of crisp musical interplay thanks to some flavourful accordion and Norway’s Hardanger Fiddle (A variation violin that sounds like Sarangi), the track itself lacks the integral swing of the music that comes from that region. Though the performance may have had some success in capturing the bittersweet emotion of the original, it does not have the dynamics of a song that is sung and danced to in the streets of the region. The rhythm is too static and the form too dull. Having said that, Coke Studio’s rendition of Laila o Laila is still a sparkling souvenir of a vibrant musical mélange.

The timelessness of Alamgir’s voice that will completely take over you in this rather soul soothing combination of the Bengali folk song Aamay Bhashaili Rey, and Fariha Pervez’s take on Saiyya Bina Ghar Jana. His alaaps are long, yet effortless, so much so that the highly skilled Fariha Pervez doesn’t even come close to the vocal prowess of Alamgir, who hits all the right notes with utmost perfection. Don’t let the wrinkles on Alamgir’s face fool you; his voice is as vibrant today, as it was in the days when he used to dance to Albela rahi, with a teenage Aamir Zaki backing him on bass guitars.

Three singers with very different approaches to music have upped their game in Coke Studio with their recent efforts. Where Marvi was always a maverick, her divine rendition of Yaar Vekho is possibly the best Coke Studio has ever delivered, in terms of vocal prowess. Madani was no less than a sweet nightingale in Raat Gaye. With her unique tonal quality supported by the electronic atmosphere created by Hyatt’s musicians, she made us almost forget the Ayesha Omar fiasco. Viccaji might have been noticed for the jazzy Raat Gaye in Episode 3, but it is really her version of  Üsküdar’a Gider İken, called Ishq Kinara, which she’ll be remembered for this seaon. For the first time, we have seen her pick a song that is challenging for her pitch and scales, and deliver it with both finesse and very few errors of Urdu pronounciation.

Aslam is an artist who always delivers, especially in the case of Coke Studio. This time around however, the experimentation with his song Channah doesn’t quite work out, partly due to a combination of the unusual scale he chose for himself, along with an orchestral arrangement that didn’t suit his raw vocals. Abbas, on the other hand, is a genuine discovery for Coke Studio, and with his powerful yet soothing take on the Sufi folk poem Mahi Gal, he may just be a gold mine of talent not only for Pakistan, but also across the border.

This or that?: Keeping up with the Kardashians