A ‘Declar­ation of commit­ment to end sexual violen­ce in confli­ct’ will be presen­ted at UN Genera­l Assemb­ly next week.
By William Hague / Angelina Jolie
Published: September 21, 2013
Tweet Email 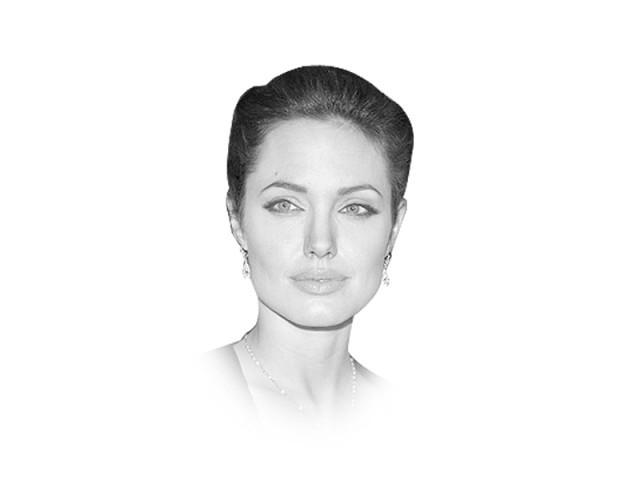 Angelina Jolie is the UNHCR Special Envoy and William Hague is the Foreign Secretary of the UK.

Each day, accounts of horrific crimes in Syria reach the outside world. Now the UN has confirmed that rape is being used to terrorise and punish women, men and children, during house searches and interrogations, at checkpoints, and in detention centres and prisons across the country.

The latest harrowing UN Commission of Inquiry report describes a mother being raped and forced to cook and clean for her captors, under the threat of the murder of her children. It tells the story of a university student who was raped because her brother was wanted by the government. These accounts are the tip of the iceberg. Fear, shame and the sheer struggle for survival mean that many survivors do not dare to come forward.

Sexual violence has been used as a weapon of war in nearly every major conflict in our lifetimes, from Bosnia to Rwanda. This is rape used as a deliberate military tactic, to achieve political objectives: to humiliate political opponents, to drive out or subjugate a different ethnic grouping, or to terrorise a community into submission. In some conflicts it is even used to infect women with HIV, or to injure them so badly that they are unable to bear children.

Rape is used because it is easily concealed and strikes at the most vulnerable people. When we visited the Democratic Republic of Congo we met a mother whose five-year-old daughter had been violated. That girl is too young to make her voice heard, but her suffering and that of millions of other victims around the world should be a call to action.

The world has devised treaties to outlaw the global use of cluster munitions and landmines or to drive down the trade in illegal weapons. All of these agreements were once considered impossible. They all began with moral outrage and led to global action. It is time to do the same against war zone rape and sexual violence.

The crux of the problem is an ingrained culture of impunity, where for tens of thousands of rapes in any one country there have only been a handful of prosecutions. The men raping prisoners in a detention centre in Syria think that they will get away with it because that is what history suggests. Another acute factor is the lack of long-term support for survivors, who face a lifetime of rejection, illness and trauma on top of their suffering at the hands of their abusers.

We have come together to campaign on this issue because we have both seen the way sexual violence devastates the lives of survivors and their families. We want to raise awareness of the urgent need for action. And we are calling for the governments of the world to unite to eradicate war zone rape as a vital priority.

We started our initiative last year and are grateful for the way many countries have responded to it. In April, in London, the G8, including the UK and the US, made a historic commitment to address this issue. In June, the United Nations Security Council unanimously adopted a resolution bolstering the UN’s capabilities. A total of 45 members of the United Nations showed their support by co-sponsoring the resolution — a record in recent history.

Next week is the UN General Assembly in New York, the largest gathering of world leaders in any one year. During it, on September 24, a new ‘Declaration of commitment to end sexual violence in conflict’ will be presented. It has been drawn up with the UN Secretary General’s Special Representative on Sexual Violence, and a dozen countries from the Middle East, Europe, Africa and Asia, whose leaders have courageously agreed to champion this cause with us. The declaration will give every country in the world an opportunity to show where it stands on this issue.

The countries endorsing it will agree, for the first time, that serious sexual violence in conflict constitutes grave breaches of the Geneva Conventions and their first protocol. This will mean that suspects can be apprehended wherever they are in the world.

It contains a pledge not to allow amnesties for sexual violence in peace agreements, so that these crimes can no longer be swept under the carpet and military leaders learn that there will be accountability.

The declaration promises a new International Protocol by the middle of 2014: to help ensure that evidence produced can stand up in court and more survivors can see justice, and to place the safety and dignity of victims at the heart of investigations into rape and other sexual crimes in conflict zones.

It includes provisions on women’s participation, the protection of refugees, and training for national armed forces and police. And its signatories will promise to put protection from sexual violence at the forefront of all their conflict and humanitarian work, and to help strengthen the capacity of countries most at risk of this violence.

We believe these are all steps that every member of the international community should be able to support. So, we hope that a majority of the world’s governments will sign up to this pact and that together we can work to put these commitments into practice. If we can, it could mark a turning point in international attitudes to rape and sexual violence, and finally, the beginning of an end to impunity.

There are many other injustices which the world must confront. But the rape and abuse of hundreds of thousands of women, men and children can no longer be tolerated. We hope people around the world will join us to take this stand.

The unthinking and emotional Indian