Boarding the flight of dreams

Boarding the flight of dreams 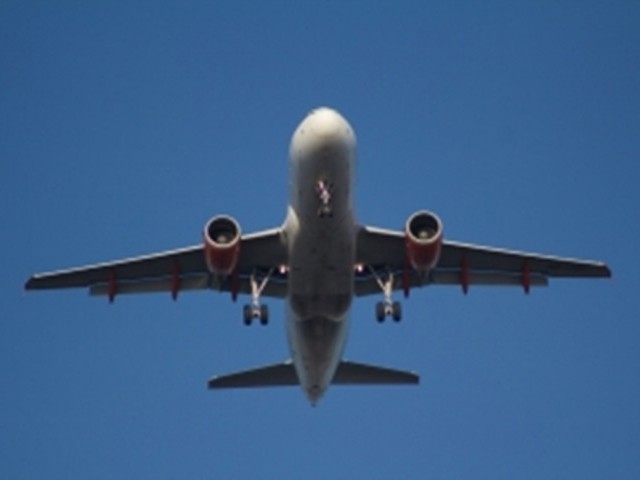 Nida Farid's journey as an aerospace engineer shows that women can conquer the world with hardwork and perseverence. PHOTO: FILE

As a journalist, I am often taken to task for my choice of vocation. Most of the time, people find my choice of profession odd, given that I am a woman. And while gender stereotypes, including which professions are ‘suitable’ for women, are not unique to Pakistan, they hold particular sway in this part of the world. With women working as designers, models, doctors and even corporate leaders these days, people’s attitudes are undergoing a slow change. Still, when a woman is associated with planes, we expect her to be a flight attendant rather than the pilot. Which is why meeting Nida Farid, a bright and talented aerospace engineer, is such a pleasant surprise.

Nida decided on her dream early on and has not looked back ever since. “I think this is one profession where inspiration hits you in your childhood. My mother’s side of the family is from India so I travelled very frequently when I was young and I always found planes magical — they connected me to my family and became a source of great fascination.”

In Pakistani society, entering an unconventional profession is no easy task, even if you’re a man, and women can face even greater hurdles in pursuing their passion. It was no different for Nida. When her parents learned of her aspirations to join the aerospace industry, she was met with a barrage of questions and concerns aimed at dissuading her. In response, she proposed even more outrageous options, ranging from international diplomacy to war reporting. Finally, she succeeded in convincing her parents to let her go to MIT for the programme of her choice. “At the time I had no option but to go abroad for higher education for the field that I had chosen,” says Nida. While at MIT, engines piqued her interest and she took them on as a specialization, primarily because of the element of chemistry in the engine studies curriculum.

Perhaps the biggest concern for the parents of college-bound Pakistani women is the gender disparity in unconventional programmes of study. We have all heard of the skewed male to female ratio at tech institutes like GIKI and FAST-NUCES. Was MIT any different at the time? When asked about the hurdles associated with being in a male-dominated field, Nida had a lot to say: “MIT’s policy was to maintain a ratio of 41:59 women to men in the classroom so I hardly felt out of place. However, the situation in the field was completely different. I felt I was adding immensely to the diversity by being a woman while being Muslim and Pakistani.”

Since graduating, Nida has made immense contribution to the field of aerospace engineering. After all, how many people get the chance to be part of the creation of the Airbus A 350XWB? She has been the programme manager for manufacturing the electro-structural components of the plane in Switzerland. Currently, she is working as an alternate energy consultant and specialises in wind energy. Given that she was trained to be part of the aerospace industry, it’s only appropriate that the sky is the limit for her!

Nida smiles when she thinks back to the time she spent on the high-profile Airbus project in Switzerland, particularly when she remembers the reaction of the locals at finding out that a Pakistani woman was working in their midst. Thanks to the stereotypes portrayed by the media, Muslim women are often thought to be uneducated and repressed, and the locals would be quite surprised to discover that this bright aerospace engineer was both a Pakistani and a Muslim. As for herself, Nida says that she does not feel particularly special since most of her friends — graduates from Ivy League universities — have similar profiles and are working on high-profile projects around the world. However her accomplishments make it clear that she is both.

In realising her dream, she has faced many hurdles. “Since the field is so male-dominated, I often have to try harder to be taken seriously,” says Nida. “In fact, a lot of my peers at university often thought women had it easy because of the quota system. They didn’t accept that we were as good as them, if not better.” This is quite common: when women venture into professions that are traditionally considered the domain of men, they are often deemed inept until they prove themselves. Do men have to face the same taboo when they enter female-dominated professions like nursing and school-level teaching?

And should other Pakistani women be encourged to tread unknown waters? The systemic dearth of career counselling at the high-school level in Pakistan means that students choose their universities and careers at a time in life when they may be unaware of what the practical world is like and are still exploring their interests and aptitudes. Many people make bad decisions and have to end up living with them.  When asked if she had any regrets, Nida responded “Not at all. My parents were a little concerned about the job prospects that would be available after graduating but I’ve made a place for myself and being in a profession that I am so passionate about is fantastic.”

Perhaps persistance is genius after all. Nida made an interesting observation as far as aerospace engineering is concerned. “Most people who start off in this field end up switching to more conventional fields like Computer Science halfway into their degrees. This generally happens because of parental pressure to pursue a more practical profession.”

And she has a point. In Pakistan, parents encourage their children to follow safe and conventional professions like medicine, engineering and accounting because they feel that would ensure a secure future. Any inclination in a child to enter a different profession, whether it is liberal arts or sports or something totally out of the box, like wanting to become an astronaut or a scientist, is immediately dismissed as being outrageous and impractical. This will not only stifle any creativity but will also be a waste of both potential and passion. Nida may have succeeded at convincing her parents to let her go with her instinct. But what if she hadn’t? Where would she be now? And how many people actually give up on their dreams because of family pressure? Too many for comfort.