Nadal wanted to focus on his singles matches and pulled out after securing passage into the singles quarter finals. 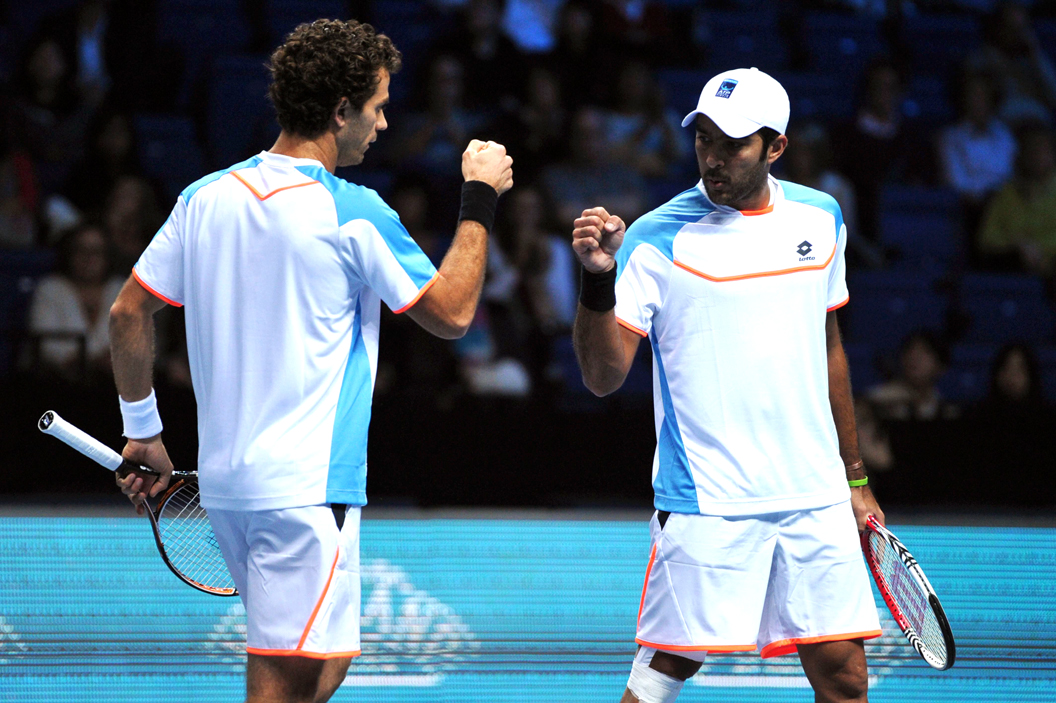 Pair were to face Nadal and Andujar in their second round match, but the Spanish duo pullled out. PHOTO: AFP/FILE
MONTREAL, CANADA:

Though they got the walk over, the Pakistani-Dutch duo missed out on a contest that would have involved 12-time grand slam winner and former singles circuit world number, Rafael Nadal.

It is not often that singles circuit top seeds play in the doubles circuit of the same tournament. Nadal, who has slowly been nursing himself back from a knee injury that had kept him out of tennis for seven months, was using the doubles tournament to get some more match practice ahead of his singles matches.

Despite being fourth seeded in the singles competition, his team with fellow compatriot Pablo Andujar was unseeded for the men's double tournament.

On Thursday, Nadal took the singles court at noon against Poland's Jerzy Janowicz. He beat the Pole in nearly two hours (7-6 (6), 6-4), securing passage to the quarter finals, and a step closer to a comeback title.

But with just over 90 minutes remaining before the doubles match with Aisam and Rojer, Nadal pulled out, choosing instead to focus his efforts on his next singles match.

The Pakistani-Dutch duo will now face the British pair of Colin Flemming and Wimbledon winner Andy Murray in the quarter finals on Friday.

Aisam delighted with US league experience