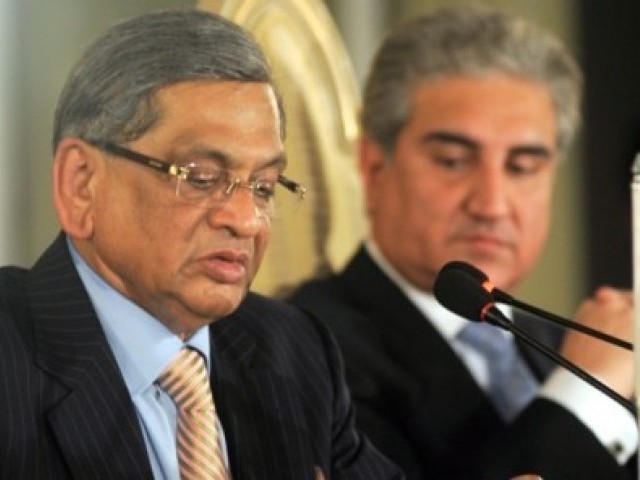 ISLAMABAD: The impasse, which hit the Pak-India talks in July this year, continues as despite hectic diplomatic efforts the two foreign ministers are highly unlikely to meet in New York, The Express Tribune has learnt.

Foreign Minister Shah Mehmood Qureshi and his Indian counterpart S M Krishna were expected to hold talks on the sidelines of the UN General Assembly session but differences between the two sides on certain issues have diminished the chances of such a meeting.

But the official said efforts were still being made to iron out differences between the two sides. However, he admitted that the possibility of a meeting now seems remote, as Foreign Minister Qureshi arrives in Washington late Tuesday night from New York while his Indian counterpart Krishna is due to return home on Wednesday.

The official privy to the development said Qureshi did not meet Krishna due to the Indian refusal to discuss all issues, including Kashmir.

Pakistan wanted ‘meaningful dialogue’ with India and it suggested that the two sides must not only discuss all issues including Kashmir but also agree on a roadmap for reviving the peace process, the officials added. However, the Indian side was not receptive to Pakistan’s proposals and wanted to discuss only terrorism-related issues.

Foreign Office spokesman Abdul Basit dispelled the impression that Pakistan was attaching any preconditions to the talks. He said Foreign Minister Qureshi had no problem in meeting with his India counterpart but added such interactions must now produce results instead of merely serving as photo shoots.

Qureshi and Krishna met in Islamabad in July this year but failed to agree on the resumption of the peace process as both sides stuck to their positions.