'Pakistan-India talks need to be meaningful'

'Pakistan-India talks need to be meaningful' 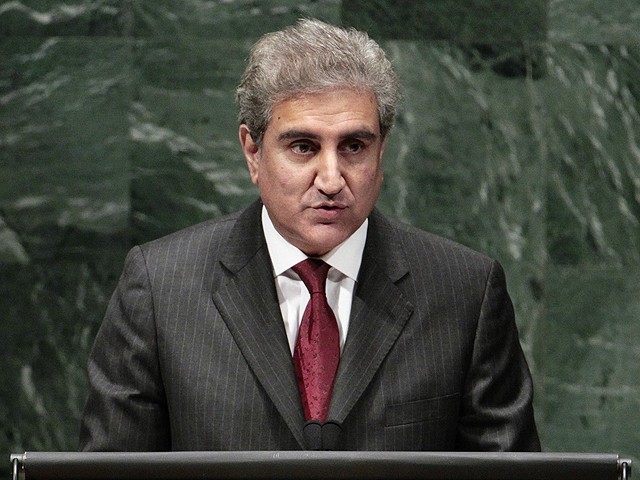 Qureshi dispelled the impression being created in India that he was setting conditions on holding the talks. PHOTO: FILE

In the midst of speculation about India-Pakistan bilateral talks in New York this week, Foreign Minister Shah Mahmood Qureshi says any talks between the two countries need to be ‘meaningful.’

Qureshi noted a bilateral could still be worked out as Islamabad had sent ‘some suggestions’ through diplomatic channels to New Delhi. He said the meeting was possible if the Indian side agreed to fresh proposals submitted by Pakistan.

Qureshi also dispelled the impression being created in India that he was setting conditions on holding the talks.

The foreign minister said Pakistan stands ready for talks with India on issues such as Kashmir as it was high time the Indian government changed its ‘tactics’ in dealing with the Kashmiris.

India had said it was ready to discuss all issues with Islamabad, including Kashmir.

‘Everything that they want to discuss and everything we want to discuss with them will be discussed’ during Foreign Minister Shah Mahmood Qureshi’s possible visit to India for talks, India’s External Affairs Minister SM Krishna said.