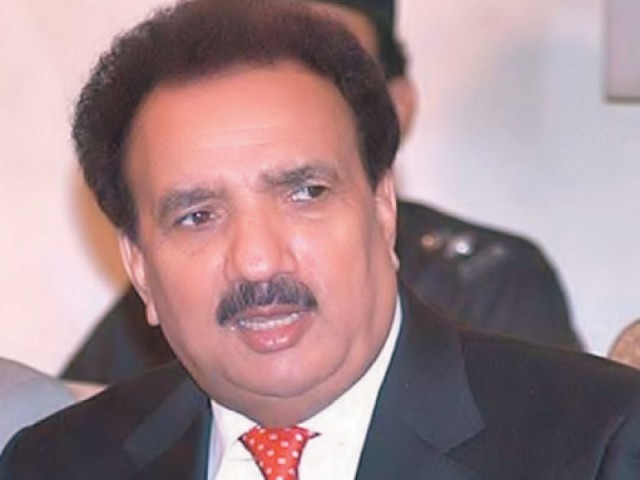 According to sources in the agency, the decision to include Malik – who was Benazir’s head of security when she was assassinated – in the investigation was taken after former president Pervez Musharraf told the Joint Investigation Team that the former interior minister was responsible for the Pakistan Peoples Party chairperson’s murder.

During his interrogation, Musharraf maintained two security plans had been chalked out for Benazir’s protection; one for external security and the other for internal security.

“Rehman Malik was responsible for Benazir Bhutto’s internal security… she was assassinated following a lapse in internal security,” an FIA source quoted the former president as saying. Musharraf repeatedly denied having any role in the PPP leader’s assassination, he added.

When contacted, Musharraf’s lawyer Salman Safdar confirmed his statement on the existence of an internal security plan under Rehman Malik’s supervision.

“Only Malik knew about the arrangements made for that plan,” he maintained.

“Why was there such a major breach of security? Only he can give an answer to that… Malik also needs to explain why he took control of the case when the JIT was already investigating it,” the lawyer added.

Safdar also defended Musharraf’s statement that he had no role in the assassination, saying security was in fact provided to the slain PPP leader.

“Around 1,371 security personnel had been deployed at the time to protect the public gathering and even the stage,” he maintained, adding that Benazir had been advised to leave the stage earlier than the scheduled time, avoid exposing herself and stay inside her vehicle since there was a genuine threat to her life. The lawyer said Benazir chose not to stick security plan and exposed herself to the attack by coming out of the vehicle’s sunroof.

He also questioned why only Musharraf was being investigated when Benazir had expressed similar suspicions against three other persons as well.