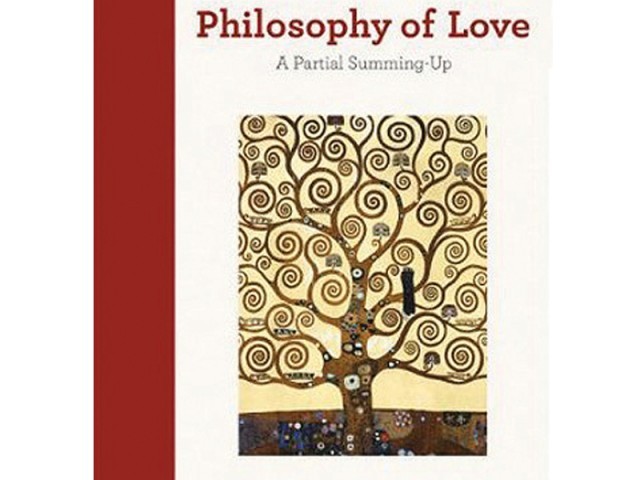 Love is a many splendoured thing, the poets tell us. But is it flexible enough to withstand the critical scrutiny of analytic philosophy?
Irving Singer does just that. Or did — he initially found that the linguistic nit-picking of modern philosophical method produced chapters that were “just dreary and unproductive of anything”. Perhaps this may be why most analytic philosophers today leave the subject to film-makers, poets, composers, dramatists, novelists, and visual artists to explore instead.

What Singer does is look at historical developments in the conceptualization of love in literature, and in older philosophical writings where the topic was deemed worthy of discussion. From this, he distills his own insights, losing neither rigour, nor engaging in useless hair-splitting or jargon-laden sophistry.

This short book is a sort of summary of his large three volume opus on the topic: The Nature of Love. So why is this a “partial summing-up”? Not having read his other works, I can’t quite say why, other than assume that there may be some details left out.

Singer explores the concept of romantic love as a recent idea and theological issues of transcendence versus immanence. He discusses the historical emergence of medieval courtly love, the 19th century romantics, modern approaches from Freud to Sartre, and political, existential, creative, and scientific issues that the investigation of love involves.

What emerges from all this is Singer’s summary of his own philosophical vision in general—a modern naturalist and a pluralist who respects human individuality, integrity, and diversity, and who is not an idealist in the traditional sense. Nonetheless, it’s clear how much he respects the traditional paragons of the discipline, especially Plato, for their contributions to thought and civilization. He is also convinced that while there is not a single answer to bigger questions related to human nature such as the nature of love, we can nevertheless make ever finer distinctions and do much to clarify, rather than obfuscate.

Truly, Singer demonstrates that we can engage in an intelligent inquiry into any subject — including something so hopelessly messy and emotion-laden as love — and come out with useful insights that help us get a handle on it.