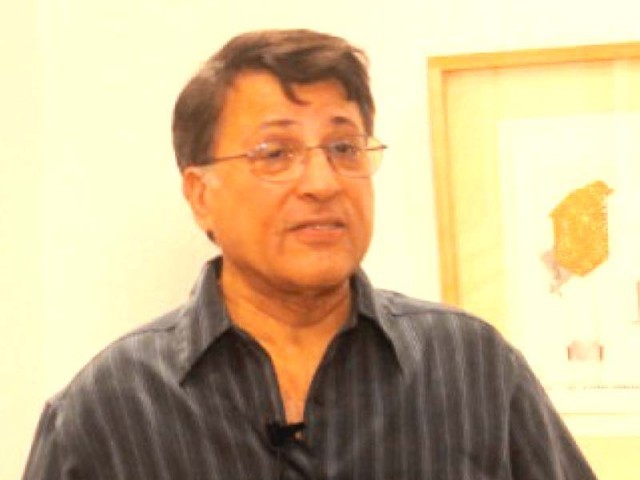 Hoodbhoy said no official figures have ever existed, but he added that, “rough estimates show $2 billion is spent a year” on the nuclear programme.

The launch of Pervez Hoodbhoy’s ‘Confronting the Bomb: Pakistani & Indian Scientists Speak Out’ on day one of the fourth Karachi Literature Festival at Beach Luxury Hotel attracted a diverse audience to hear the nuclear physicist’s well-publicised thoughts on the nuclear arms race in South Asia.

Those who know of him and his work are aware that he is a vociferous opponent of the nuclear bomb and its destructive power.

The sizeable audience had something to chuckle about at the beginning when moderator Raza Rumi asked Hoodbhoy if he was worried whether India, with its considerable and more powerful nuclear arsenal, could annihilate Pakistan with the press of a button. Hoodbhoy swiftly dismissed such fears. “India cannot swallow Pakistan which has a population of 200 million people because it can’t swallow a small, little Kashmir of 10 million people,” he said.

When asked if it were not logical that Pakistan had pursued the nuclear bomb given that its arch rival possessed one, Hoodbhoy said India pursued it keeping China in mind as a more serious threat to its well-being. He added that the present-day Pakistan faced graver internal dangers and was far less secure than it was in the 1960s and 1970s due to the rise of domestic militant outfits.

Predicting a worst-case scenario, Hoodbhoy said the rise in militancy in the country and the number of brazen attacks on military bases, including the General Headquarters, in recent years meant Pakistan’s nuclear arsenal, wherever it is hidden, could not be guaranteed to be totally secure. Such attacks, he claimed, made the world afraid of Pakistan’s weapons of mass destruction.

An audience member then posed an interesting question on roughly how much the country was spending on its nuclear programme. Hoodbhoy said no official figures have ever existed, but he added that, “rough estimates show $2 billion is spent a year”. He said the first weapon Pakistan developed was most likely funded by Libya, Saudi Arabia and some Gulf states. Shockingly, he claimed that suitcases filled with dollars would be put on Pakistan International Airlines flights on their way to Pakistan.

An international relations student present in the audience asked the one question that was perhaps on everyone’s lips. “Were nuclear weapons deployed at Kargil?”

Pausing for a few minutes, Hoodbhoy stated that his guess was as good as anybody else’s. But, he mentioned that back in 1999, former US president Bill Clinton, Bruce Riedel, a leading expert on US security, South Asia and counterterrorism and former prime minister Nawaz Sharif had a meeting when Clinton asked Nawaz if he was aware of any such developments. Nawaz said he was not. Clinton and Riedel then showed him proof which suggested Pakistan’s nukes were being deployed. Nawaz then immediately withdrew from Kargil.

Hoodbhoy hoped that the day would never come when either Pakistan or India would drop a nuclear bomb on each other, saying such an event would be many times more catastrophic than the one dropped on Hiroshima. He said cities like Karachi and Mumbai would be obliterated because of their dense populations. He predicted that at least 500,000 people would die immediately upon impact in either of the cities.

KLF: Social work as a weapon against militants