Court declares Shahrukh Jatoi over 19, sends him to jail

Court declares Shahrukh Jatoi over 19, sends him to jail 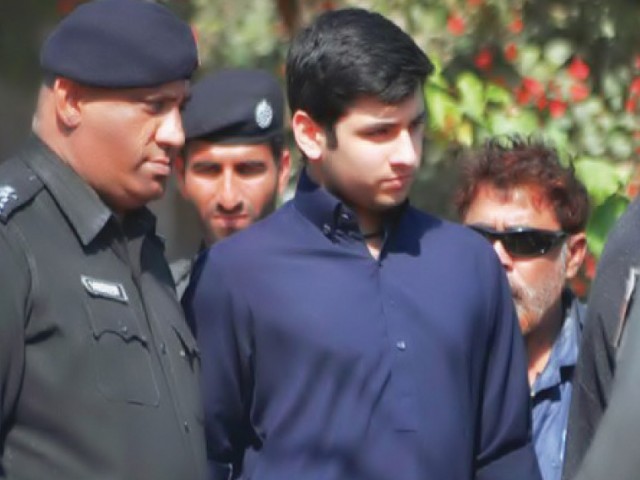 KARACHI: Shahrukh Jatoi  has been proven to be above 19 years of age by the Anti-Terrorism Court (ATC) and will be transferred to the Central Jail, reported Express News on Monday.

The court had warned earlier that, if not proven to be a minor, Shahrukh will be sent to Central Jail. The medical board’s report was submitted today in court. The board had handed over the sealed final report to the police on February 9.

The Anti-terrorism court’s prosecutor had earlier revealed that the report regarding Shahrukh’s age reached them via post and they will open it during the hearing. If the accused turns out to be over 18 than instead of juvenile prison, he will be sent to Central Jail.

The medical board had examined Jatoi’s birth certificate, education and identification documents in order to determine his actual age.

The assessment disclosed distortion in the data as his birth certificate and education documents mention 1993 as his birth year, but his Bay-form and passport stated he was born in 1995. However, Jatoi’s dental and bone examination revealed he is around 19-year-old.

Jatoi is accused of killing Shahzeb, the 20-year-old son of a police officer, in the upscale Defence neighbourhood of Karachi on December 25, 2012 over a petty dispute.

No honeymoon for these newlyweds, only trips to court