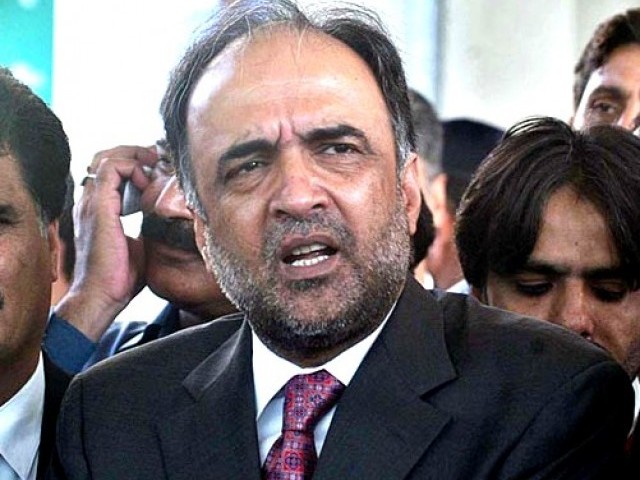 Top government officials once again hit out at the Minjah-ul-Quran International chief Dr Tahirul Qadri over his long march.

Leading the chorus of criticism, Information Minister Qamar Zaman Kaira said on Monday that Dr Qadri’s “demands are extra-constitutional and the government cannot go beyond the Constitution”.

Even the nation is not aware of the aims and objectives of the long march, Kaira told a news conference in Islamabad.

In the past the PPP also staged “long marches” and waged a political struggle with the support of political forces for the restoration of the Constitution in the country, he said. But Dr Qadari is spearheading a long march for “extra-constitutional demands”.

He said that not a single political party was supporting Dr Qadri’s rally because his demands were not within the ambit of the Constitution.  Since his arrival Dr Qadri kept changing his demands and there were reports that he was giving new charter of demands, which is beyond comprehension.

“All three demands of Dr Qadri are ultra-constitutional as he is calling Parliament and the government useless and wants them to be abolished,” Kaira said. Dr Qadri also wants dissolution of the Election Commission, which is again violation of the Constitution, he added.

Government officials say Dr Qadri is vying for the office of caretaker prime minister. “Gone are the days when a foreigner was appointed as prime minister of the country, casting far-reaching implications on the country’s future,” he said.

Interior Minister Rehman Malik followed suit and criticised Qadri for making misleading claims about the number of rally participants. “Qadri’s claim of bringing four million marchers proved erroneous as the participants accompanying him are less than 20,000,” he claimed.

Malik alleged that Dr Qadri’s march was a part of an international conspiracy against Pakistan. The FIA has issued a notice to Dr Qadri to reveal the source of money spent on the long march.

The minister said Dr Qadri’s name has not been put on the ECL and that he could fly to Canada anytime. Besides Pakistani nationality, Dr Qadri also holds Canadian citizenship.