Qadri will not be allowed to hold rally in Islamabad's Blue Area: Rehman Malik

Qadri will not be allowed to hold rally in Islamabad's Blue Area: Rehman Malik 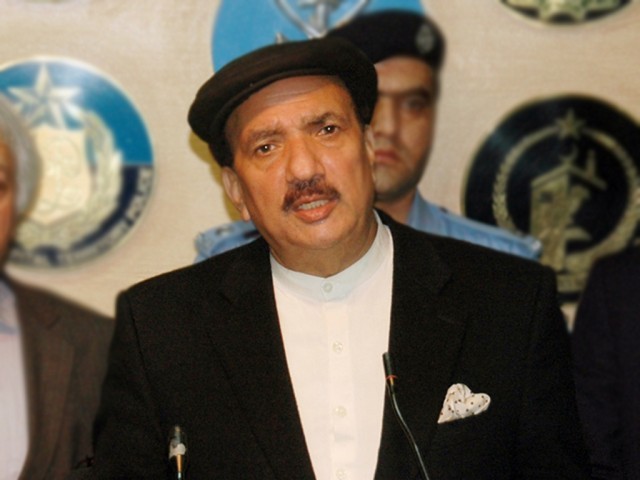 ISLAMABAD: Interior Minister Rehman Malik has said he will not allow Tahirul Qadri or anyone else to hold a rally in Islamabad’s Blue Area, Express News reported on Thursday.

While speaking to the media, Malik said 60 to 70 area representatives met him and requested that no rally should be held in the area.

He said allowing a rally in the area will negatively affect the residents and business activities.

Malik assured the people of Islamabad that no party will be allowed to organise a gathering in the said sector.

Minhajul Quran Interntaional (MQI) chief Qadri had announced to lead a “million-man” march to Islamabad against the current system if it fails to fix things before January 14.

Malik asked Qadri to accept the requests of the residents of Islamabad if he calls himself the people’s representative.

The interior minister accused MQI supporters of asking people for “bhatta” and to take part in the long march.