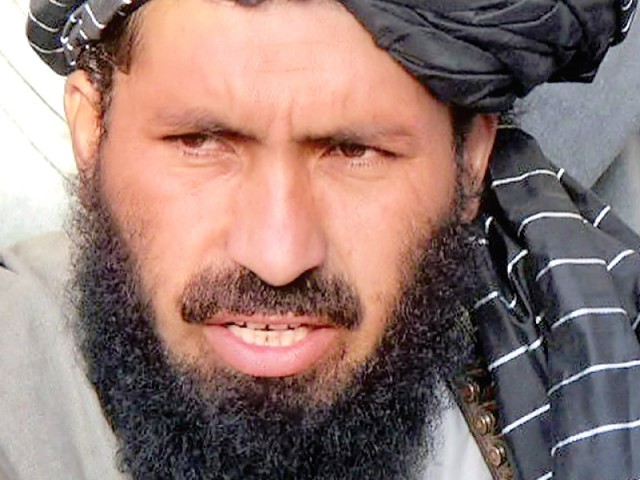 Powerful commander and deputy, dies in attack on their vehicle in South Waziristan. PHOTO: FILE

The highly controversial American drone programme added perhaps the most prized feather in its cap.

Taliban warlord Maulvi Nazir Wazir, also known as Mullah Nazir, a powerful elder of the Wazir tribe, was killed when a US drone fired two missiles at a double-cabin pick-up vehicle in the Sara Kanda area of Birmal tehsil in Wana subdivision, South Waziristan around 11 pm on Wednesday night, security and intelligence officials confirmed to The Express Tribune.

Officials said a total of seven militants, including Nazir, his deputy Ratta Khan, and commanders Kochai and Chewantee were also killed when the missiles struck the pick-up in the mountains of Sara Kanda.

The news of Nazir’s killing was announced through loudspeakers in Wana Rustham. At 11 am on Thursday the warlord’s funeral was held in Azam Warsak, which was attended by thousands of tribal people. Wana Rustham Bazaar and Azam Warsak Bazaar remained closed for the funeral. He was then buried in his hometown.

He was previously targeted by the drones on a number of occasions, the last time being in June 2012, but escaped every time.

Nazir was the main militant commander in South Waziristan. He was wounded in a suicide attack in November, when the bomber blew himself up near Nazir’s vehicle as it passed through a market in Wana. The suicide attack was widely believed to be a result of his rivalries with other Taliban commanders. Shortly after the bombing, his Wazir tribe ordered all Mehsud tribesmen, related to Taliban leader Hakimullah Mehsud, to leave the area.

He favoured attacking American troops in Afghanistan rather than Pakistani soldiers in Pakistan, a position that put him at odds with some other Pakistan Taliban commanders.

Speaking to The Express Tribune, Eynollah Khan, a Taliban commander of the Wazir tribe said: “The killing of Mullah Nazir has enhanced [the] courage of the Mujahideen of [the] sub-division of Wana and we are proud of the great sacrifices of Nazir in the way of Allah,” adding that Nazir performed ‘Jihad’ in Afghanistan for the last 30 years against the various invaders (referring to the Soviets and US).

Eynollah added that, “Mullah Nazir became a target of the American drone [strikes] when he was coming back to Wana after completing a survey on [an] American base in Afghanistan.”

Speaking on the successor of the warlord, Eynollah said: “The Shura of Mullah Nazir Taliban Group has agreed to, and appointed Bahwal Khan – known in the area as Ayubi – as the successor of Mullah Nazir. Bahwal Khan will be the commander of the Mujahideen of Wana,” adding that the Shura’s decision of appointing Ayubi as his successor had the backing of religious clerics and tribal elders of the Ahmadzai tribe of Wana.

Ayubi hails from Speen village of Wana and belongs to Zalee Khel, the sub-tribe of Ahmadzai Wazir. He was the Taliban commander for the Speen area of the Wazir group. He was a close confidant of Nazir and also participated in the Afghan war against the US-led Nato coalition.

Meanwhile, six militants of the Tehreek-e-Taliban Pakistan (TTP), including a commander, were killed when a drone fired missiles on a vehicle in the Mir Ali subdivision of North Waziristan Agency on Thursday, making it the first drone strike of 2013 in the agency.

An official of the security forces from the area said that around 9 am, a drone fired two missiles on a vehicle loaded with TTP militants in Mubarak Shahi, an area 20 km east of Miranshah, the headquarters of the agency.

The official identified the militants as commander Shah Faisal, Israr Mehsud and Latif, adding that the identities of the remaining could not be ascertained as yet.