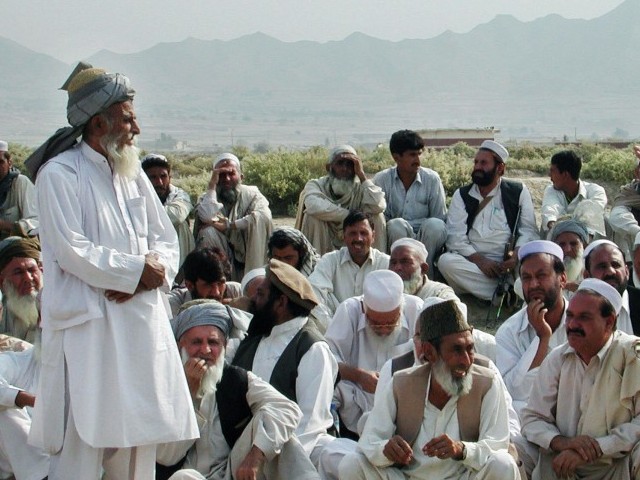 D.I. KHAN: Days after a suicide attack targeted Taliban commander Mullah Nazir, a combined jirga of including the group and a 120-member Aman Committee warned internally displaced persons (IDPs) and militants belonging to the Mehsud tribe to leave Wana.

The jirga, comprised of elders and religious clerics of the Ahmadzai tribe, was held in Wana Rustham Bazzar on Saturday.

The jirga decided that after December 5, any tribal who gives shelter to either the IDPs or militants of the Mehsud tribe, will be fined one million rupees and will have their house in Wana demolished by the Lashkar.

The verdict was announced in the main towns of Kari kot, Shakai, Azam Warsak, Spin and Toi Khulla of the Wana sub-division.

Mullah Nazir was wounded Thursday in a suicide attack in Wana that killed six other people, reported Express News.