Towards a stronger democracy

Towards a stronger democracy

Mere fact that the issue is being discus­sed with calls made for ‘direct dialog­ue’ marks an import­ant step forwar­d.
By Editorial
Published: November 30, 2012
Tweet Email 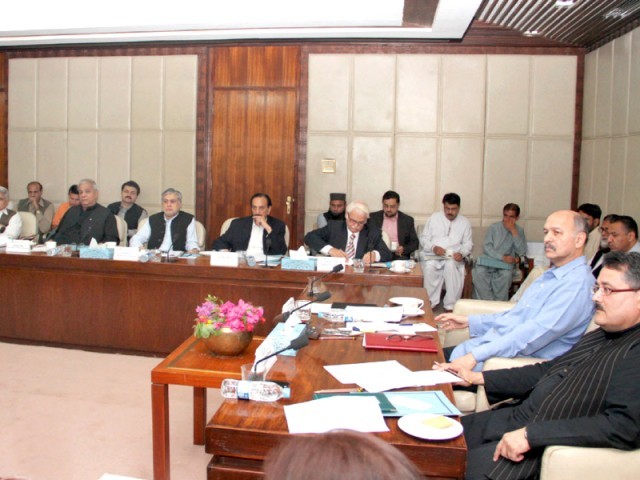 The fact that civil-military issues can be discussed is a welcome omen; it opens up more space for civilians and for views that were long considered taboo in a largely closed society. PHOTO: NNI/FILE

Given the troubles our country has faced in the past, with much of our history dominated by military rule, we worry constantly about the state of democracy. However, there are occasional, encouraging signs that it might, at last, be beginning to grow just a little stronger and a little more firmly entrenched in our soil. One such sign came on November 28 with the public hearing by the Defence Committee of the Senate on civil-military relations. The three-hour long discussion was a detailed one, with reports stating that problems inherent in the delicate relationship were brought up, rather than just being brushed over. It seems then that the Committee has carried out an exercise that went beyond cosmetics. The fact that such issues can be discussed is a welcome omen; it opens up more space for civilians and for views that were long considered taboo in a largely closed society, dominated by the military and the constant fear of intervention by it.

Though that fear has not vanished completely, the mere fact that the issue is being discussed with calls made at the hearing for more ‘direct dialogue’ marks an important step forward. The Senate discussion was attended by 26 people, including seven parliamentarians. Former defence secretary Salim Abbas Jilani, former corps commander of Rawalpindi Lt Gen (retd) Salim Haider and analyst Hassan Askari Rizvi all spoke as a variety of ideas came forward. Persons who had held key positions in the past spoke of how military leaders were consulted on matters that went far beyond defence.

Rizvi, an experienced academic, warned that things would not change immediately; that military action disrupting civilian control could take place even now. This is something all of us would have to agree with but just the fact that the matter has been openly spoken about at Senate level marks a change in itself. It may represent a key step along a road that can finally lead to greater transparency and stability in our system of governance, allowing all institutions to work together while remaining within the spheres defined for them by the Constitution.