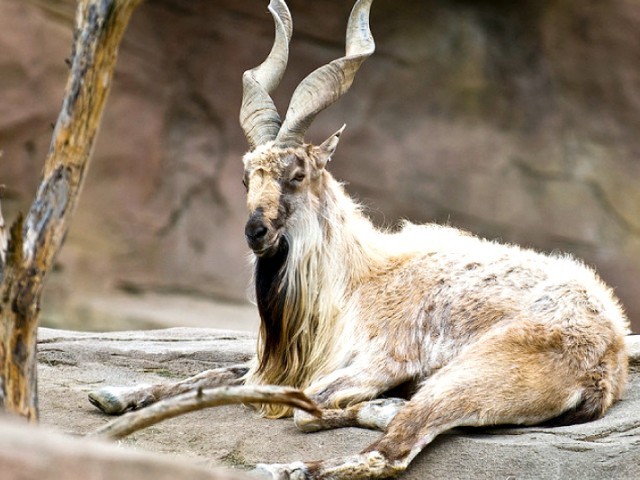 The Gilgit-Baltistan (G-B) government unveiled its trophy hunting programme for 2012-13 on Tuesday, announcing a $40,000 hunting fee for Pakistan’s national animal, the Markhor.

A fee of $6,250 for Blue Sheep and $2,500 for Ibex was also announced by Wildlife Divisional Forests Officer (DFO) Aftab Mehmood.

“The decision was taken at a high-level meeting chaired by the chief secretary,” Mehmood told The Express Tribune, adding that under the quota, hunters would be permitted to hunt a total of four Markhors and eight Blue sheep during the season, which begins in October and ends in April.

He said the trophy hunting quota was created on the basis of annual surveys conducted by wildlife experts. He added 446 Ibexes, 117 Markhors and 190 Blue sheep are currently in the region. G-B is often referred to as a “living museum”, as it is home to a variety of animals, including the  Marco Polo sheep, Ibex, Markhor, urial, Blue sheep, lynx, snow leopard, brown and black bears, wolf, fox, marmote, chakor, Ram chakor and the rare species, the Tibetan wild ass, also known as the kiang.

In the past, and according to local customs, hunting was considered the right of man, and wildlife was considered a bounty from God. That is why, when the Trophy Hunting Programme was first introduced in the early 1990s, nobody in the region was sure if it would really take off.

“Last year, one Markhor, one Blue sheep and 28 ibexes were hunted in G-B, with 80%  of the fees given to the respective communities as part of their share, and we hope this time around more hunters will come to this region,” said the official.