Factor­y owners’ lawyer said his client­s are aggrie­ved as they lost their precio­us asset.
By Our Correspondent
Published: November 23, 2012
Tweet Email 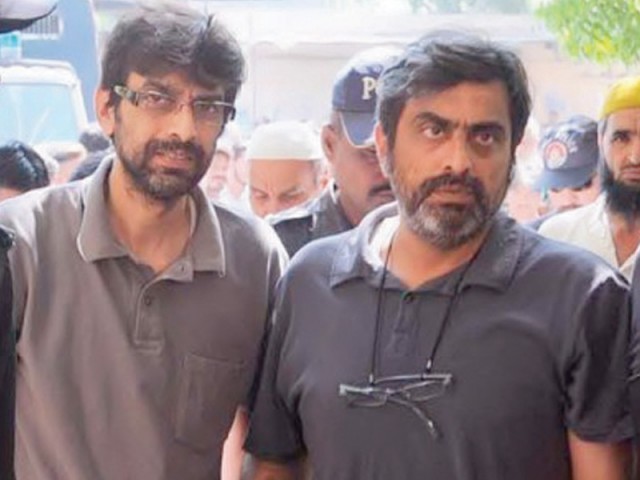 Factory owners’ lawyer said his clients are aggrieved as they lost their precious asset. PHOTO: FILE

A Sindh High Court (SHC) judge refused to hear the bail plea of the owners of the Baldia garment factory on Thursday.

Arshad Bhaila and Shahid Bhaila, two of the three owners of the Ali Enterprises factory that caught fire in September and killed over 250 workers, had gone to court seeking bail. Justice Syed Hasan Azhar Rizvi declined to even hear their application for a post-arrest bail.

The police had booked them under charges of murder, mischief by fire or explosive substance with intent to cause damage and attempt to murder.

In the bail application, their lawyer, Amir Raza Naqvi, had argued that the investigation was faulty and full of errors. Thus, the police implicated the factory owners to victimise them, he said. “The police have forced the witnesses to record their statements against the factory owners, who are already aggrieved as they lost their precious asset – their factory,” he said.

The lawyer had pleaded to the high court to extent relief of bail to his clients, who were implicated in the case and were behind bars.

On Monday, Justice Rizvi had issued notices to the prosecutor general and others after hearing the initial arguments on the bail application. When the case was again taken up on Thursday, the judge declined to hear the plea saying, “not before me”. The bail application is likely to be fixed before another bench soon.