When nature calls, these students have no where to go

When nature calls, these students have no where to go

Only about half the govern­ment school­s in the provin­ce have sanita­tion facili­ties.
By Hafeez Tunio
Published: November 19, 2012
Tweet Email 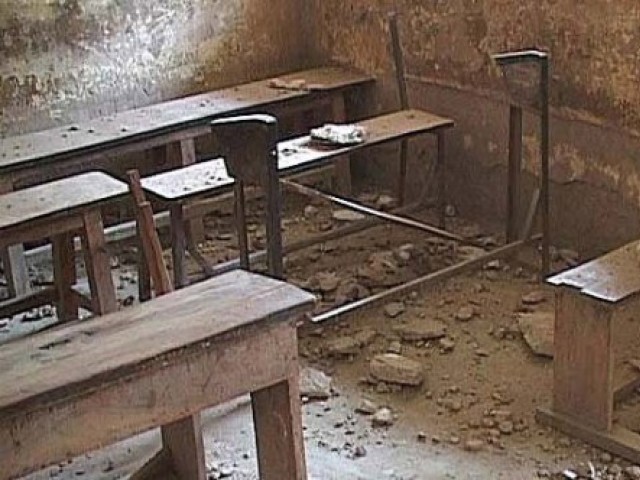 Only about half the government schools in the province have sanitation facilities. PHOTO: FILE

KARACHI: Most people would recoil in horror if someone told them that they would have to share a bathroom with at least 50 other people. But for some students and teachers of Sindh’s schools, this would actually be an improvement over what they have right now.

Around 54 students attend a government school in Rehri village, Ibrahim Hyderi. Most of them have to head for the bushes to answer the call of nature because the school lacks working toilets.

A nine-year-old student said, “Some children walk 10 minutes to relieve themselves in the bushes, but I feel ashamed. I just go to a house near our school and ask the people who live there if I can use theirs. Some time they allow me in and sometimes they turn me away.”

Ayub Khaskheli, a science teacher at the school, said that the school did have a toilet but it has not been used for the past five years because of a shortage of water. “Not only students, but teachers are suffering. We have complained to higher authorities but no one is listening to us.”

World Toilet Day – a global event to raise awareness about the lack of access to sanitation facilities – is observed on November 19. The statistics for sanitation facilities in Sindh’s schools are particularly grotesque: According to a survey conducted by the education department’s reform support unit, there are around 49,000 primary, secondary and Higher-secondary government schools in Sindh in which 4.3 million children are enrolled. Only 26,000 thousand schools – roughly half of them – have toilets. Those ‘lucky’ enough to have one are suffering from their own set of problems: water shortages and a lack of awareness regarding sanitation among students, teachers and other staff.

In Karachi, there are 3,672 schools, out of which only 2,700 have toilets. Orangi Town, Bin Qasim Town, Malir and Gadap are some localities where schools have sprung up without proper sanitation facilities. The situation is worse in Ghotki with 1,900 schools but only 900 toilets.

Abdul Fatah, who was a part of the survey team, said even girls’ schools lack toilets. “Soon after the survey, we suggested district officers to set up makeshift toilets until the government intervenes. But nothing happened.”

Even children of some private schools are not immune to such problems. Noor Baloch, whose children are studying at a well-known school, said that her children always complain about dirty toilets. According to Abdul Hafeez, the programme manager at WaterAid Pakistan around 2,000 children across the world die every day from diseases caused by dirty water and poor sanitation.