Two people were killed in a suicid­e blast that occurr­ed in an Ahmadi worshi­p place in Mardan during Friday prayer­s.
Published: September 3, 2010
Tweet Email 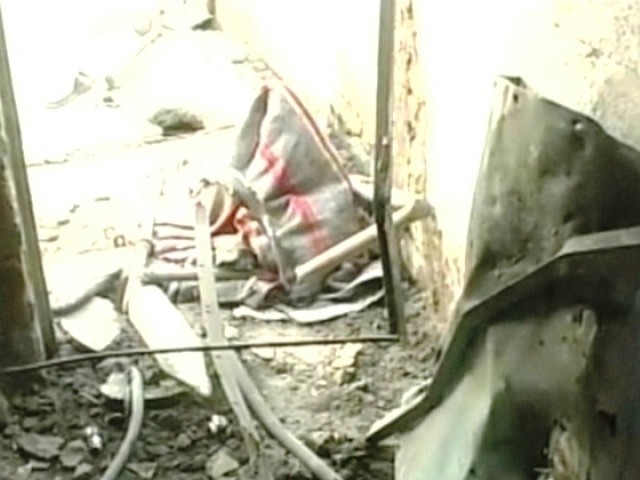 Screen capture of damage caused to the Ahmadi place of worship in Mardan.

MARDAN: Two people were killed and five injured in a suicide blast that occurred in an Ahmadi worship place in Mardan, Canal road area during Friday prayers.

According to eye witnesses, the suicide bomber blew himself up when the guard opened fire in order to stop him.

The injured have been shifted to the district headquarter hospital in Mardan. Canal road is one of the posh areas of the city.

This is the second blast in the province today. Earlier on Friday morning, an explosion near a police vehicle in Peshawar killed one policeman and injured three.