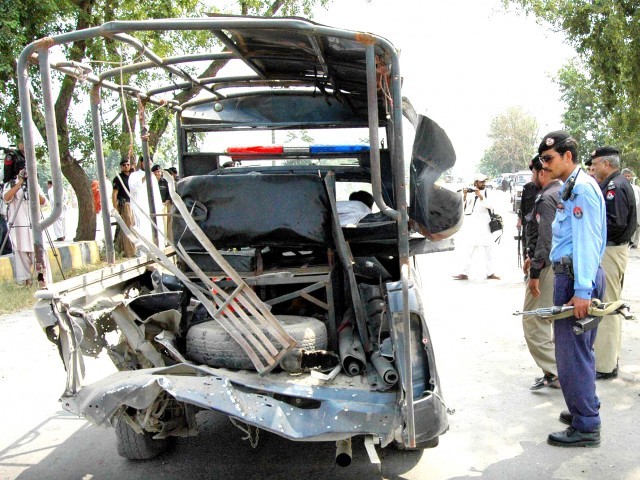 One policeman was killed and two injured in an explosion at Ring road in Peshawar. PHOTO: PPI

PESHAWAR: One policeman was killed and two injured in an explosion at Ring road in Peshawar on Friday morning.

The explosion occurred next to a police van. Unconfirmed reports indicate that the blast may have occurred due to an improvised explosive device (IED), according to the bomb disposal squad.

The injured have been shifted to the Lady Reading Hospital.  This is the second attack on a police van in the last three days.

Peshawar has seen incidents of violence in the recent past. On August 28, a confrontation between militants and security forces close to the US consulate had paralysed the city in fear. The four terrorists who were being taken to another facility had overpowered their guards and took them hostage after snatching their weapons. The day long hostage drama ended when the militants surrendered to military authorities on Saturday.