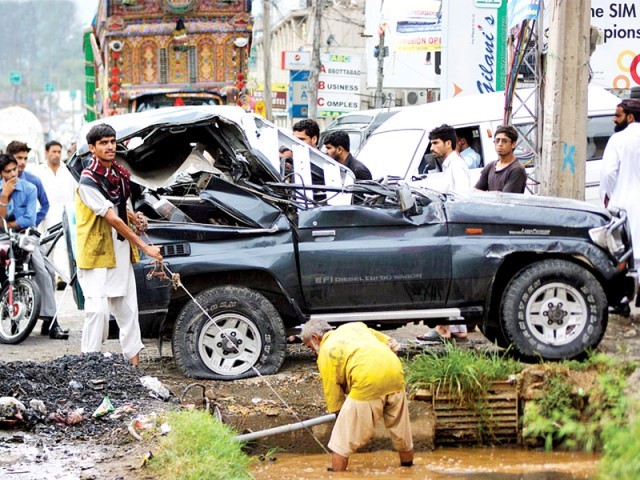 According to the inspector general (IG) of the National Highways and Motorway Police (NHMP), 20,000 people in Pakistan die annually in vehicle accidents.

According to the inspector general (IG) of the National Highways and Motorway Police (NHMP), 20,000 people in Pakistan die annually in vehicle accidents, while 45,000 people are injured. Speaking at a seminar on road safety, he said that the NHMP is planning to establish institutes in major cities across Pakistan to train professional drivers in road and traffic safety. This development reflects the dire need that exists for drivers to follow driving safety rules, due to which many people have lost their lives.

The initiative includes refresher courses for professional drivers. However, we not only need refresher courses, but also more stringent evaluations when it comes to renewing drivers’ licences. Those with medical conditions due to vision or old age should not be issued licences. Likewise, until children are of legal age, have completed proper driver’s education courses and demonstrated road safety skills, they must not be issued licences. Of course, these achievements are a long way away as driving licence offices often have corrupt officials who issue licences to those willing to offer monetary incentives in return.

Additionally, road rage has to be eliminated as it leads to poor judgment and endangers lives of pedestrians and other drivers. Its hazards must be communicated to student drivers early on. Furthermore, while the IG cited poor road conditions as a cause for accidents, this is not an excuse for accidents to occur in the first place. Drivers all over the world come across potholes, unexpected pedestrians, bicycles and the like. To be a prudent driver means to prepare for these unexpected occurrences. In Pakistan, drivers need to be extra vigilant because road safety crews often neglect to put up warning signs for speed humps or construction work, for example. Finally, we need our traffic police to be strict with drivers who violate traffic laws. Whether this requires more officers or speed detectors, these measures must be taken because in the end, they will protect lives.