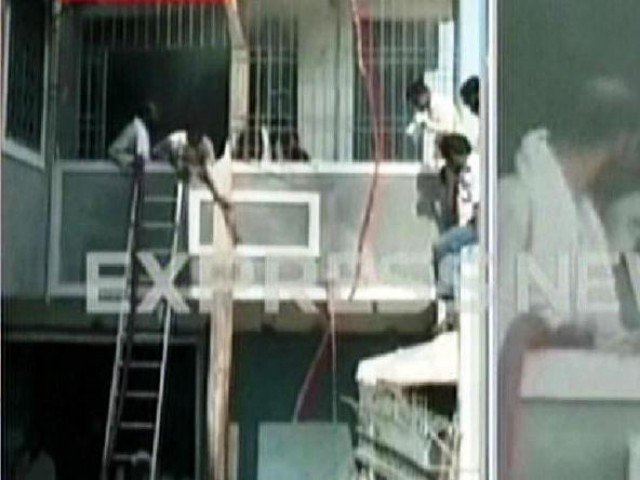 Fire fighters reached the scene and attempted to douse the fire. PHOTO: EXPRESS

KARACHI: Rescue efforts were initiated after the upper stories of a towel factory caught fire in New Karachi, Express News reported on Sunday.

Fire fighters reached the scene and attempted to douse the fire by climbing to the upper floors using a ladder.

Rescue efforts were also initiated to rescue any factory workers trapped in the fire.

The cause of the fire is yet to be discerned.

Due to lax implementation of factory guidelines and fire safety methods, factories in Karachi face serious threats of such incidents.

Earlier this year, workers were suffocated or burnt alive at the Ali Enterprises garment factory in Karachi, which made ready-to-wear clothing for Western export, when a massive fire tore through the building during the evening shift on September 11.

Up to 600 people were working inside at the time, in a building that officials said was in poor condition without emergency exits, forcing dozens to jump from upper storeys to escape the flames, but trapping dozens in the basement where they perished.