Local Government: ‘Why weren’t we allowed to talk about it?’

Local Government: ‘Why weren’t we allowed to talk about it?’ 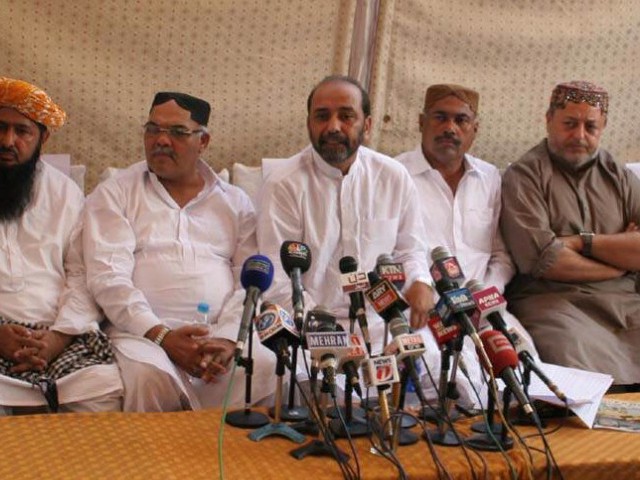 “The people of Sindh do not and will not accept the Sindh Peoples Local Government Ordinance of 2012.” PHOTO: IRFAN ALI/EXPRESS/FILE

A fine line has been drawn between what is good and what is bad for the province today, said members of the Save Sindh Committee. “The people of Sindh do not and will not accept the Sindh Peoples Local Government Ordinance of 2012.”

While speaking to the media at his house, Sindh United Party’s chief and the convener of the committee, Jalal Mahmood Shah, said that the new system was a question mark on the integrity of Sindh. “The ordinance was signed in late at night and the bill was passed within an hour. Why was no one allowed to talk about it?” asked Shah. “If it is in the favour of the province, they should have allowed the MPAs to debate on it.” He added that it would also make it difficult for the ruling party to work in Sindh.

Responding to a question about Monday’s Sindh Assembly session, Shah claimed that assembly’s speaker Nisar Khuhro should have let the MPAs sit on the opposition benches.

According to Dr Khalid Mehmood Soomro from the Jamiat-e-Ulema-Islam, the Pakistan Peoples Party should be prepared to face the anger of the people.