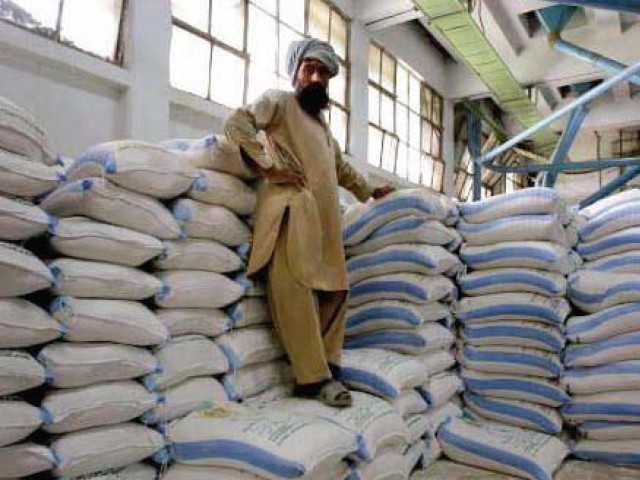 “No corruption has taken place at any level in the distribution of subsidised wheat.” PHOTO: FILE

MITHI: After declaring Tharparkar calamity-hit, the Sindh government has started distributing wheat to the district’s residents at a subsidised rate. However, a number of political parties are eyeing the act suspiciously as they feel that the distribution lacks transparency.

MNA Dr Mahesh Kumar Malani, who is also the head of the Pakistan Peoples Party’s (PPP) Tharparkar division, inaugurated the wheat distribution at Bajer in Mithi on Sunday. He said that wheat is being sold to people at half the price. “The nationalists and other political parties only want to blame PPP and play politics, but we don’t care,” he said. “No corruption has taken place at any level in the distribution of subsidised wheat.” The PPP leader said that the federal government will offer the province more assistance.

Not too far off, people gathered at a rally organised by other political parties to protest the opaqueness of the process. Comrade Nand Lal Malhi, Advocate Wasand Thari and Advocate Raisingh Sodho were among those leading the protest. Activists of different parties, including  Sindh Taraqi Pasand Party, Awami Tehreek, Pakistan Muslim League-Nawaz and Jeay Sindh Quami Mahaz took part.

After the rally, they staged a sit-in on one of the roads. They alleged that the current deputy commissioner was also involved in corruption in the distribution of relief goods during last year’s flash floods.