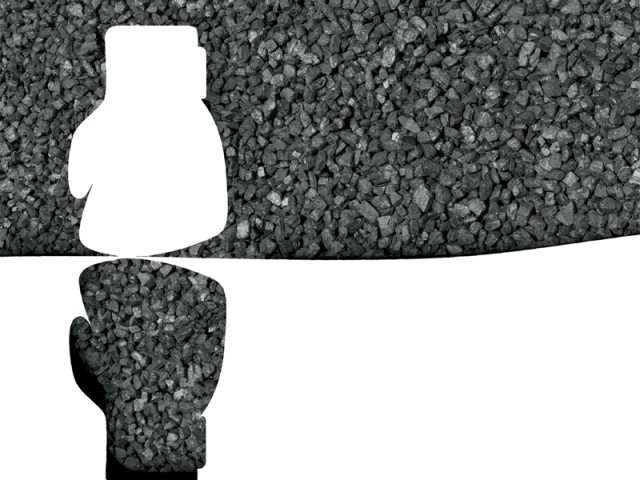 TUCGP has also received criticism both from the Planning Commission and a certain lobby striving to prove its viability a ‘false thought’.

While Dr Mubarakmand, who is overseeing both TUCGP and the Reko Diq project, claims Pakistan has the capacity to carry out both the projects itself, Dr AQ Khan has taken an entirely opposite stance. Terming the former’s claims false, Khan believes the country is not capable of handling the projects on its own.

In an article published in a daily a few months back, Khan indirectly attacked Mubarakmand’s claims. Here is a selection of quotes from the article:

“We all remember that we were promised 50,000MW for 500 years… There were claims that we had 185 billion tonnes of coal reserves, while reliable estimates put this figure at only three billion tonnes, and that too of low grade. That balloon burst quickly…”

“I can say with authority that we do not have experienced and qualified engineers required for handling such a massive, complex project.”

“According to statements Pakistan Atomic Energy Commission (PAEC) Chairman Dr Ansar Parvez made in Vienna, he claims 8,080MW could be generated by 2030. In order to achieve that, you require either twenty-nine 300MW reactors or ten 900MW reactors. A 300MW reactor costs around $1 billion and requires eight to 10 years for commissioning; a 900MW would cost proportionately more and take the same time, if not more, for commissioning.”

“PAEC has existed for more than 50 years and employs almost 20,000 people, but has not been able to make a single power reactor… This is despite the fact that the technology itself is half a century old…”

“If Pakistan tries to tackle important projects like those mentioned above on its own, they will turn into more ‘PIAs’ and ‘Pakistan Steel Mills’.

“The coal gasification pilot project run by Dr Mubarakmand has not yielded results… the gas flamed for four hours and then dropped off… the audit team that visited the site revealed no work has been done on TUCGP either,” were some of his previous comments to The Express Tribune.

Mubarakmand, meanwhile, rebutted all criticism and claimed technical work on the project had already been completed. Avoiding to make a direct reply to Dr Khan’s comments, he asked those doubting the project to visit the site and claimed the gas flame had persisted for the last four months.

“We successfully operated the project for four months and then shut it to avoid any coal wastage,” Mubarakmand maintained. He added that all technical work on Underground Coal Gasification (UCG) had been completed and they only required the infrastructure for producing gas and electricity now.

Talking to The Express Tribune, Mubarakmand’s close associates claimed Sattar sided with independent power producers and rental power projects, and did not want the coal industry to prosper.

While experts consider UCG a promising technology which is not being commercially produced anywhere in the world, some of them believe Mubarakmand should not steer the project since his area of expertise is electronics, rather than natural resources.

According to the Thar Coal Energy Board (TCEB), all the 18 holes dug up by Mubarakmand’s team were hit by water. Similarly, the eight-foot well dug earlier by a contractor was also hit by water at an early stage.

Dengue and malaria control: Fumigation to begin from Tuesday