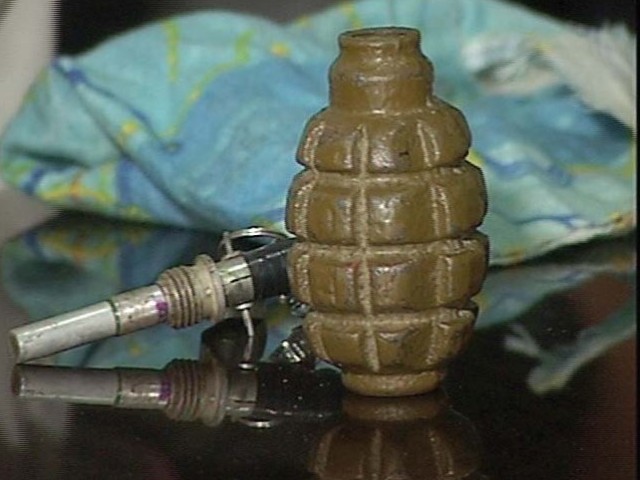 Police killed attacker as he threw hand grenade at them. PHOTO: ZOHAIB JIAJA/EXPRESS

MULTAN: Police on Wednesday foiled a terrorism attempt in Multan by killing a terrorist when he tried to attack the security officials with a hand grenade, Express News reported.

According to initial reports, the attacker Abdul Ghaffar belonged to Tehreek-e-Taliban Punjab (Qari Matiullah group) and was travelling in a bus when he was stopped by the police near a barrier.

Police, acting on a tip-off, had set up a special barrier near Ghazi Ghat bridge. The attacker threw a hand grenade at the police and was killed when they fired back in retaliation.

It was earlier reported that Tehreek-e-Taliban Pakistan (TTP) chief Hakimullah Mehsud has allegedly decided to increase terrorist attacks in Punjab, with emphasis to inflict maximum damage, especially in Lahore.

In a covert meeting held at Asad Khel village in North Waziristan, Mehsud allocated Rs25 million to carry out attacks on PAF base Lahore, the Inter-Services Intelligence, Military Intelligence, Intelligence Bureau and the Counter Terrorism Department office in the province.