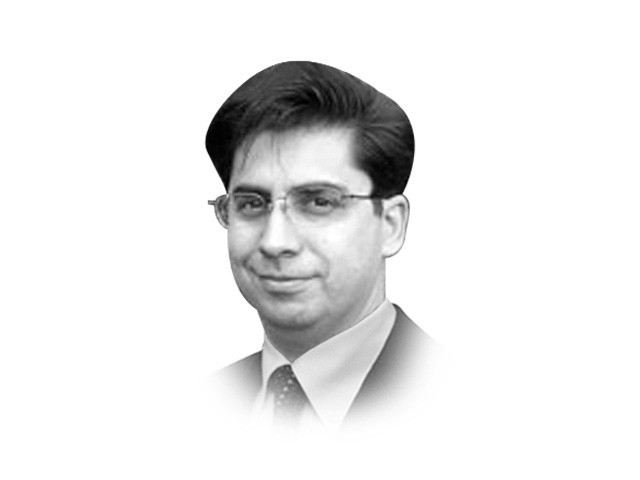 The writer is a partner at Bhandari, Naqvi & Riaz and an advocate of the Supreme Court. The writer can be reached on Twitter @laalshah. The views presented in the article above are not those of his firm

Social media needs to be protected because it is the only safe space for intellectual discussion in Pakistan.

Imagine that you are a person of independent thought in Pakistan. Now imagine further that you would like to discuss your thoughts with other people. Where can you go?

In the real world, the short answer is ‘nowhere’. Pakistan does not have permanent public spaces for reasoned conversation. You cannot go somewhere in Lahore or Karachi for the conversation; at best, you can go somewhere for the food.

The sad part is that it wasn’t always this way. There was a time when people interested in ideas had places to go to, the most famous being the Pak Tea House of yore. Lesser intellectuals with more money also had places to go — primarily clubs — where they could meet for a drink or to chat. It was all extremely parochial and elitist. But at least it was something.

The clubs were the first to go, killed by Zulfikar Ali Bhutto. When he banned alcohol, people moved from the clubs to their homes in order to keep on drinking. The result was that people stopped meeting new people. Instead, with rare exceptions, they met only the ones they already knew.

The only reason why General Ziaul Haq and his successors did not succeed in completely killing intellectual curiosity in Pakistan was due to the efforts of a brave few in the media. When Zia died and a new era emerged, the forces of repression eased enough to allow the emergence of new newspapers and magazines. Herald was joined by Newsline. Dawn was joined by The Nation and the The Frontier Post.

The liberation of the electronic press by General (retd) Pervez Musharraf changed everything. Prior to the advent of cable television, the entire English press in Pakistan probably had a combined readership of less than 100,000. The Urdu press probably accounted for a million people more. Compared with the population of the country, print circulation was nothing. On the other hand, the audience for cable television was in the tens of millions. Suddenly, people were no longer getting their news just from PTV but also from Geo and ARY.

At the same time, the liberation of the electronic press changed very little. All that happened is that the same talking heads that wrote columns in the press started fulminating on talk shows. Yes, the universe of faces expanded because each talk show needed guests. But at the end of the day, the number of people actually involved in public conversation remained very limited. If you weren’t a talk show host or a talk show guest, then your options for expressing or discussing your opinions remained as they were during the Zia years. Which is to say, nil.

It is in this context that the arrival of social media is revolutionary. Go back to the example I started with. The young independent thinker still does not have a physical location where he or she can pose their questions. If s/he gets uppity in class, s/he is likely to be disciplined. If s/he resists being objectified, the local fundos will still threaten. But out in the virtual world, it’s a different story. As a cartoon in The New Yorker once put it, “On the Internet, no one knows you are a dog”.

Pakistan’s sharpest wit at this time is an anonymous individual who delivers one-liners under the name of “majorlyprofound” (recently upgraded to Dr Majorly Profound). If the good major were to present his one-liners before a physical audience, he would probably require medical attention (our sensitivity to criticism being what it is). But behind the shelter provided by the internet, he is free to deliver his barbs.

More importantly, social media not only provides true freedom of speech but it also allows a public space where people with ideas can not only present their ideas to acclaim but also to criticism. In a country like Pakistan where decision-makers live their lives in cocoons of silence and sycophancy, this is incredibly important.

Obviously, social media is no panacea. As is evident from the case of the US, social media can become incredibly polarised and ghettoised so that the online community splinters into little political fragments, each vigorously waging war on others.

Pakistan’s social media has not quite reached that level of fragmentation as yet. At present, there is only one violent tribe in our virtual world, the trolls of the PTI, who maraud the virtual landscape much like the Vandals and the Visigoths. But with the exception of the ‘Insaafians’, the remaining members of the social world are reasonably polite. The result is that people are not just talking to one another in the virtual world, they are getting to know one another as well.

We need to understand this point because social media in Pakistan is still a very self-conscious and awkward institution, a newcomer in a world of ostensible giants. Many people — even people who should know better — think of Facebook and Twitter as time wasting fripperies, on a par with video games and daytime soap operas. That is why periodic efforts to ban either Facebook or Twitter are met normally with a shrug.

To a limited extent, this is true. More people use social media to exchange birthday greetings than to discuss Heidegger. But that is beside the point. Most of the content in most newspapers is equally trivial: what matters is that the trivial content supports and permits a more intellectual superstructure, one that allows the actual exchange and discussion of ideas.

We all hear, day in and day out, about how Pakistan is sinking into a Talibanised abyss of enforced ignorance. If we are to avoid that awful future, it is vital to preserve intellectual freedom. And at this point, there is nothing more essential to that quest than embracing and protecting social media.